To see all of our predictions, user poll & stats for Bromley v Yeovil Town, scroll down including the latest game odds.

Bromley, buoyed by their previous result, will be hoping for more of the same after the 3-2 National League triumph vs King's Lynn Town.

In their preceding 6 games, Andy Woodman's Bromley have scored 10 times giving them an average number of goals scored per match equal to 1.67.

Going into this encounter, Bromley are unbeaten in their previous 6 home league matches.

Yeovil Town go into this clash following a 0-1 National League win vs Dagenham & Redbridge in their previous match.

Over the course of 5 of the previous six games featuring Yeovil Town, a comparatively low number of goals have been hit between them and their opponents. The overall average goals scored per game during that spell comes to a meagre 1.67, with the average goals for The Glovers standing at 1.

The last league match between these sides was National League match day 32 on 16/03/2021 when it finished Yeovil Town 1-2 Bromley.

The Bromley manager Andy Woodman will be happy not to have any fitness concerns to speak of coming into this game with a completely injury-free group to choose from.

Due to a completely healthy group available for selection, the Yeovil Town boss Darren Sarll has zero fitness concerns to report ahead of this game.

In our view, Yeovil Town have the capability to put a goal past this Bromley side, although it might not quite be as many as they’ll concede.

We’re expecting a 2-1 win for Bromley at full-time. It will be interesting to see how this one goes. 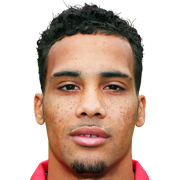 Typically deployed in the Central Attacking Midfielder position, Corey Whitely was born in England. After making a first senior appearance for Dagenham & Redbridge in the 2016 - 2017 season, the skilful Midfielder has accumulated 3 league goals in the National League 2021 - 2022 campaign to date from a total of 11 appearances.

While we have made these predictions for Bromley v Yeovil Town for this match preview with the best of intentions, no profits are guaranteed. Always gamble responsibly, and with what you can afford to lose. Best of luck with your selections.