Return to this page a few days before the scheduled game when this expired prediction will be updated with our full preview and tips for the next match between these teams.
Their upcoming Superliga Play-Offs meeting sees FC Nordsjælland up against Brøndby IF on Sunday. Our full set of predictions, statistics and match poll for FC Nordsjælland v Brøndby IF can be seen below (inc. the best betting odds).

FC Nordsjælland will be looking for a repeat result of a 0-4 Superliga Play-Offs success against Aalborg BK. For FC Nordsjælland, the scorers were Mikkel Damsgaard (34', 37') and Mohammed Kudus (51', 58').

Over their past 6 fixtures, Flemming Pedersen's FC Nordsjælland have found the net a total of 10 times, an average number of goals scored per match equal to 1.67.

Last time out, Brøndby IF drew 1-1 in the Superliga Play-Offs match with FC København. The only scorer from Brøndby IF was Mikael Uhre (89'). Pep Biel (79') was the scorer for FC København.

Niels Fredriksen's Brøndby IF have converted 6 times in the course of their previous six matches. The overall goals that they have conceded during that same period adds up to 6.

Looking at their prior head to head meetings stretching back to 05/08/2018 shows that FC Nordsjælland have won 0 of them & Brøndby IF 3, with the tally of drawn games being 3.

The previous league meeting featuring these clubs was Superliga match day 24 on 08/03/2020 when it finished FC Nordsjælland 2-2 Brøndby IF. The match was refereed by Peter Kjærsgaard.

FC Nordsjælland manager Flemming Pedersen will be grateful not to have any fitness concerns whatsoever coming into this game thanks to a completely injury-free group to pick from.

Due to a fully injury-free group available to select from, Brøndby IF boss Niels Fredriksen has zero fitness worries to report before this game.

It certainly seems that Brøndby IF will need to play some great football to be putting goals past a FC Nordsjælland lineup who look set to do really well if they play to their full potential. We think that it’s going to be a convincing 3-0 winning margin for FC Nordsjælland when the referee blows the final whistle.

Over/Under 2.5 Goals Prediction for FC Nordsjælland vs Brøndby IF
Over 2.5 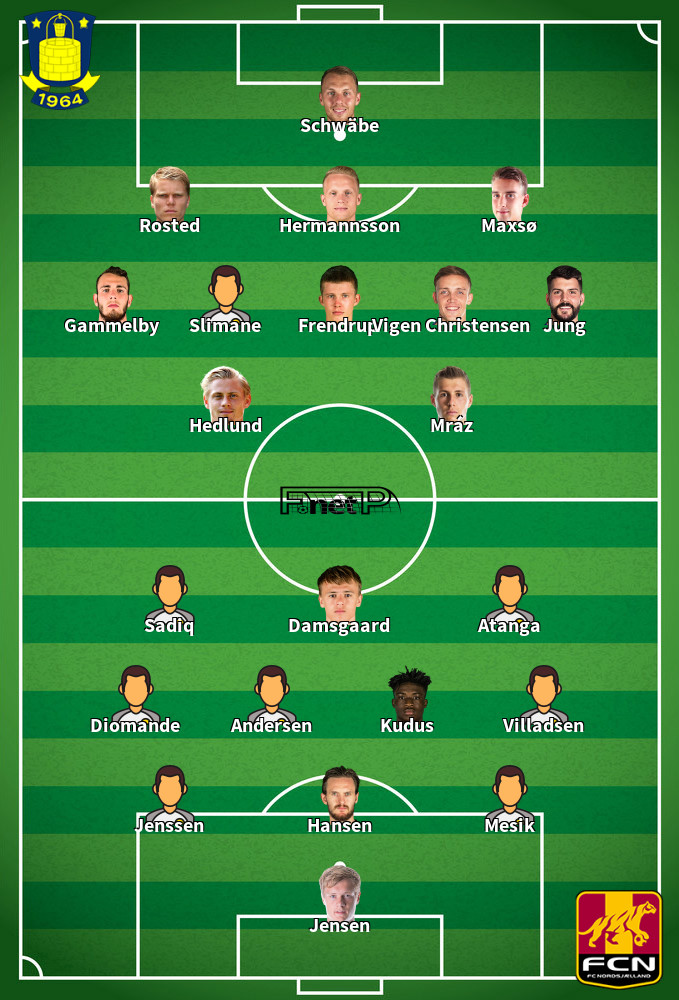 Generally deployed in the Striker position, Isaac Atanga was born in Ghana. After having made a senior debut playing for FC Nordsjælland in the 2019 - 2020 season, the dangerous Forward has contributed 7 league goals in the Superliga 2019 - 2020 season so far in 25 appearances.

While we have made these predictions for FC Nordsjælland v Brøndby IF for this match preview with the best of intentions, no profits are guaranteed. Always gamble responsibly, and with what you can afford to lose. Good luck if you do place a bet today.