Lyon face off with Brøndby IF in Thursday’s forthcoming Europa League clash.

Full predictions, stats & game poll for the Lyon v Brøndby IF match are shown here - along with the latest match odds.

Lyon are hoping to win again after their last result, the 3-0 Europa League triumph versus Brøndby IF.

Lyon have been on a persistent run of goalscoring form, hitting the target in one hundred percent of their last 6 games.

They’ve hit an aggregate of 11 during that time while also conceding a total of 5.

A sequence of accomplished displays from the Brøndby IF defensive unit has seen their ‘goals against’ tally standing at 4 from their past 6 fixtures combined. During the same period, their forwards have scored 13. Such a trend isn’t assured to be carried forward into this match, though.

The previous league game between the two was Europa League match day 2 on 30/09/2021 and the score finished Lyon 3-0 Brøndby IF.

Brøndby IF got 6 shots on goal with 0 of them on target.

With a completely injury-free squad to pick from, the Brøndby IF boss Niels Fredriksen has no fitness concerns to speak of ahead of this game.

In our view, Lyon are likely to be able to create a good number of chances & successful shots on target.

At the other end, Brøndby IF will not find it easy to score but we do fancy them hitting back at some stage. 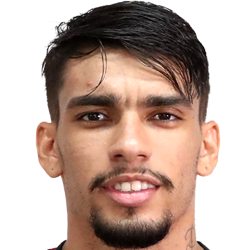 Regularly deployed in the Central Attacking Midfielder position, Lucas Paquetá was born in Rio de Janeiro, Brazil. After making a first senior appearance for Flamengo in the 2017 season, the talented Midfielder has contributed 4 league goals in this Ligue 1 2021 - 2022 season to date from a total of 8 appearances.

We have made these Lyon v Brøndby IF predictions for this match preview with the best intentions, but no profits are guaranteed. Please always gamble responsibly, only with money that you can afford to lose. Best of luck with your selections.