The FC Luzern v BSC Young Boys live stream video is scheduled for broadcast on 19/05/2022. Soccer fans can watch the clash on a live streaming service if this match is included in the schedule mentioned above. Here we provide useful information for watching this Super League game including the most recent guide to form, h2h meetings and our game views.

To watch the match via other methods, search for TV channel schedules relating to your local region. These broadcasting deals are often distributed on a per-competition/league or even single game level. For fixtures shown live on regional tv programmes, check the listings on channels including BT Sport, Amazon Prime Video, Sky Sports, Now TV, iTV, Canal+, Fox Soccer, ESPN that are relevant for your current location.

Post-game, we may also provide a link to the match highlights from time to time. We are not responsible for the transmission of any game video content linked to from here. All legal complaints must be done by contacting the hosters/owners of this content.

Scroll down for all of our predictions, poll and stats for the FC Luzern v BSC Young Boys game - as well as up-to-date odds.

FC Luzern fans will want a repeat of their previous result, being the 1-3 Super League victory over FC Sion.

Matches with FC Luzern have often been absorbing encounters lately with plenty of scoring expected. Over their past 6 clashes, a total of 23 goals have gone in for both teams combined (at an average of 3.83 goals per game) with 15 of those being chalked up by FC Luzern.

Their prior results show that FC Luzern:

BSC Young Boys go into this encounter following a 4-1 Super League win with the downing of St Gallen in their most recent fixture.

BSC Young Boys have regularly broken through opposing defences in the lead-up to this encounter, having scored 13 goals in their previous 6 matches. Having said that, BSC Young Boys can also improve defensively after being scored against in 6 of those same games. Previous results aside, it remains to be seen whether the trend might continue on in this game.

Going into this encounter, BSC Young Boys haven't been defeated by FC Luzern in games played away from home for the previous 3 league games.

A glance at their past head-to-head clashes stretching back to 06/12/2020 tells us that FC Luzern have won 0 of these & BSC Young Boys 3, with the number of drawn games standing at 3.

A lot of goals were also scored during this period, 29 in all at an average of 4.83 goals per meeting.

The last league clash featuring these sides was Super League match day 25 on 05/03/2022 when the final score was BSC Young Boys 2-2 FC Luzern.

That day, BSC Young Boys managed 46% possession and 28 shots on goal with 6 of them on target. Goals were scored by Jordan Siebatcheu Pefok (8') and Felix Mambimbi (10').

BSC Young Boys manager Matteo Vanetta has to contend with a number of unavailable players. Esteban Petignat (Knee Problems), Jordan Lefort (Shoulder Injury), Felix Mambimbi (Unknown Injury) and Jordan Siebatcheu (Unknown Injury) will not be playing here. Cheikh Niasse will not be able to play in this game through being suspended.

It looks to us that BSC Young Boys will probably have the majority of the possession and should turn some of their chances into goals.

In contrast, FC Luzern will not find it easy scoring- but, we do see them scoring here as well. 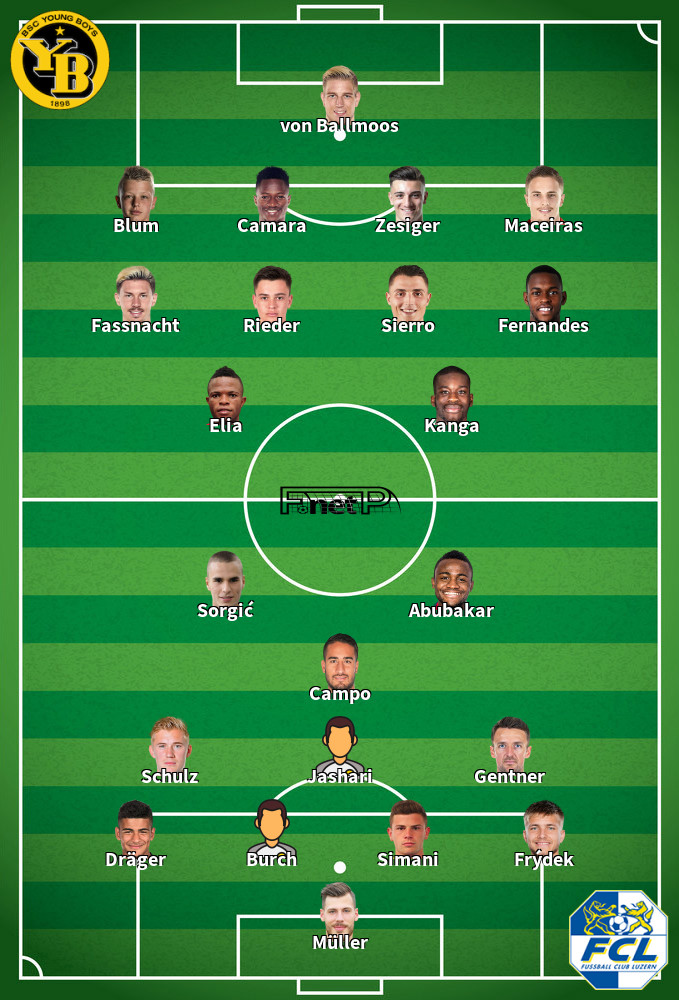 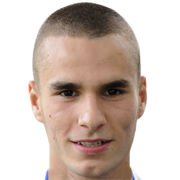 Usually taking to the field in the Striker position, Dejan Sorgić was born in Zug, Switzerland. After making a first senior appearance for FC Luzern in the 2006 - 2007 season, the dangerous Forward has got 6 league goals in the Super League 2021 - 2022 season so far in 28 appearances.

While we have made these predictions for FC Luzern v BSC Young Boys for this match preview with the best of intentions, no profits are guaranteed. Always gamble responsibly, and with what you can afford to lose. We wish you the best of luck.

⚽️ Where can I see the odds for other Super League games?

You can see all of the next (and previous) Super League predictions & previews here.