Our predictions, user poll and statistics for BSC Young Boys v FC Zürich can be found here - as well as up-to-date odds.

BSC Young Boys go into this match after a 1-1 Super League stalemate against FC Basel 1893.

BSC Young Boys have not been the best at stopping their opponents recently, although they’ve also found ways to hit the back of the net themselves. Analysis of their previous 6 games shows that BSC Young Boys have been punished defensively in 6 of them as well as scoring in 5 of those matches.

Coming into this fixture, BSC Young Boys have not been beaten in the league by FC Zürich in their last 23 games. A very long unbeaten run against them.

In the game prior to this, FC Zürich drew 3-3 in the Super League match with St Gallen.

In their previous 6 clashes, FC Zürich have bagged a total of 17 goals. FC Zürich have also not failed to score on each one of those occasions. Over that period, their defenders have had 7 goals scored by their opponents. Such a trend won’t necessarily be carried forward into this match, though.

An inspection of their past head to head results stretching back to 19/06/2020 reveals that these encounters have not been kind to FC Zürich. They have not been able to get any wins at all whereas BSC Young Boys have maintained the edge over them, running out winners in 100% of those match-ups.

The last league meeting featuring the two was Super League match day 30 on 22/04/2021 when the final score was FC Zürich 1-2 BSC Young Boys.

On the other side, BSC Young Boys had 13 shots on goal with 1 on target. Felix Mambimbi (23') scored.

The referee was Adrien Jaccottet.

FC Zürich manager André Breitenreiter has to choose from a squad that has some fitness concerns. Blaz Kramer (Unknown Injury), Salim Khelifi (Foot Injury), Aiyegun Tosin (Foot Injury) and Blerim Dzemaili (Knee Injury) are those who can’t be considered. Mirlind Kryeziu will not be able to play in this game through being suspended.

In this match, FC Zürich have enough to break down this BSC Young Boys side, however that may not quite be enough to prevent defeat.

We are anticipating both teams to score in a 2-1 win for BSC Young Boys by the time that the referee blows the final whistle. Let’s just see how this one goes. 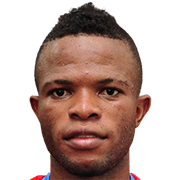 Typically playing in the Striker position, Meschak Elia was born in Kinshasa, DR Congo (Zaire). Having played his first senior match for TP Mazembe in the 2015 - 2016 season, the skilful Forward has got 2 league goals in this Super League 2021 - 2022 campaign to date from a total of 3 appearances.

While we have made these predictions for BSC Young Boys v FC Zürich for this match preview with the best of intentions, no profits are guaranteed. Always gamble responsibly, and with what you can afford to lose. Good luck if you do place a bet today.