For all of our match predictions, pre-game poll and statistics for Servette FC v BSC Young Boys, scroll down - as well as up-to-date odds.

Servette FC fans will want a repeat of their previous result, being a 0-1 Super League success over Lugano.

It has been all too rare in recent times where Servette FC have kept a clean sheet. The reality is that Les Grenats have seen their defence breached in 5 of their previous 6 games, shipping 15 goals during that time. Regardless, we will just have to wait and see whether that pattern will continue on in this upcoming game.

Ahead of this meeting, Servette FC have not won at home in their last 3 league games.

BSC Young Boys head into the clash following a 2-1 Super League win as they beat FC Sion in their most recent outing.

In as many as 5 of the previous 6 games featuring BSC Young Boys, a minimum of three goals have gone in. The overall average goals scored per match during that time is 3.17, with the average number of goals for BSC Young Boys working out to 2.17.

Analysis of their past results shows that BSC Young Boys:

Looking at the statistics for their head to head duels stretching back to 03/11/2019, there has been little between the sides with Servette FC winning 2 of those games, BSC Young Boys 2 and 2 being draws in regulation time.

In all, 16 goals were produced between them in these games, with 8 of them from Les Grenats and 8 for Young Boys. That is an average goals per game value of 2.67.

The previous league match between these clubs was Super League match day 21 on 21/02/2021 when it ended BSC Young Boys 2-0 Servette FC.

In this match, Servette FC are capable enough to breach the defence of this BSC Young Boys lineup, but a single goal is unlikely to be as many as they will have scored against them.

We’re going for a narrow 1-2 winning margin for BSC Young Boys at the end of the match. We’ll have to see what happens. 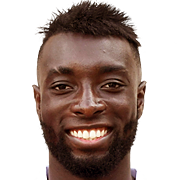 Typically taking to the field in the Striker position, Grejohn Kyei was born in Gonesse, France. Having played his first senior match for Reims in the 2014 - 2015 season, the gifted Forward has bagged 11 league goals in this Super League 2020 - 2021 campaign to date in a total of 29 appearances.

While we have made these predictions for Servette FC v BSC Young Boys for this match preview with the best of intentions, no profits are guaranteed. Always gamble responsibly, and with what you can afford to lose. Good luck with your selections.