Budafoki will face off against away side Paksi SE at Promontor utcai Stadion in this Nemzeti Bajnokság I meeting on Sunday.

Our full set of predictions, statistics and match poll for Budafoki v Paksi SE can be seen below - as well as up-to-date odds.

Budafoki are hoping to win again following the 1-3 Nemzeti Bajnokság I victory versus Zalaegerszegi TE.

It’s not been often in recent games where Budafoki have managed to hold out for a full 90 minutes. In fact, Budafoki have been scored against in 6 of their previous 6 games, giving up 9 goals along the way. With no two games being the same, we will just have to wait and see whether that trend shall be maintained in this next game.

In a total of 5 of the previous 6 games involving Paksi SE, a minimum of three goals have been hit. The overall average goals scored per match in that spell is 3.17, with the number of goals averaged by Atomcsapat being 1.67.

Budafoki manager Csaba Csizmadia does not have any fitness concerns to speak of ahead of this game with a completely injury-free squad to pick from.

With a completely injury-free squad available to select from, Paksi SE manager Gábor Osztermájer doesn’t have any fitness concerns whatsoever coming into this game.

We envisage that Paksi SE and Budafoki are probably both going to find scoring goals difficult here.

A draw is a real possibility, as a clear-cut winner doesn’t appear to be obvious. Therefore, we predict a very competitive game with a 0-0 score after 90 minutes. 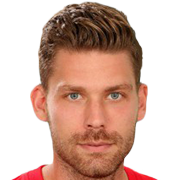 Generally used in the Striker position, Dávid Kovács was born in Budapest, Hungary. After making a first senior appearance for Budafoki in the 2020 - 2021 season, the gifted Forward has scored 2 league goals in this Nemzeti Bajnokság I 2020 - 2021 campaign so far from a total of 7 appearances.

While we have made these predictions for Budafoki v Paksi SE for this match preview with the best of intentions, no profits are guaranteed. Always gamble responsibly, and with what you can afford to lose.