To see all of our predictions, user poll & stats for Budapest Honvéd FC v Malmö, scroll down (inc. the best betting odds).

Budapest Honvéd FC will be hoping for a repeat of their last result, following the 2-4 Nemzeti Bajnokság I triumph versus Diósgyõri VTK.

It’s been all too rare in recent games where Budapest Honvéd FC haven’t conceded. In fact, Honvéd have failed to prevent opponents from scoring in 6 of their previous 6 matches, leaking 12 goals during that time. That aside, time will tell if that pattern will be replicated in this upcoming match or not.

Previously, Malmö drew 0-0 in the Allsvenskan match with AIK.

Jon Tomasson's Malmö FF have managed to stick the ball in the net 9 times in the course of their previous 6 matches. The aggregate of goals that have been scored against them during that period adds up to 7.

Budapest Honvéd FC manager Tamás Bódog has a full complement, with no fitness worries to speak of before this game owing to a fully healthy group to choose from.

Malmö and Budapest Honvéd FC may well end up cancelling each other out here.

Shouldn’t be much in it, and there should be goals with a draw being quite a realistic outcome. We therefore think that it’s going to be a score draw by the conclusion of the match. 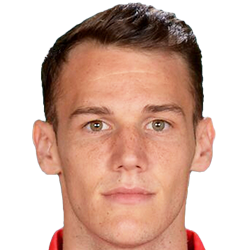 Normally played in the Centre Midfield position, Dániel Gazdag was born in Hungary. Having played his first senior match for Budapest Honvéd FC in the 2014 - 2015 season, the skilful Midfielder has managed 3 league goals in this Nemzeti Bajnokság I 2020 - 2021 campaign so far in 3 appearances.

While we have made these predictions for Budapest Honvéd FC v Malmö for this match preview with the best of intentions, no profits are guaranteed. Always gamble responsibly, and with what you can afford to lose. We wish you the best of luck.