Return to this page a few days before the scheduled game when this expired prediction will be updated with our full preview and tips for the next match between these teams.
Full-Time Result Prediction
👉
Budapest Honvéd FC to Win

Budapest Honvéd FC come up against visiting team Újpest FC at Bozsik József Stadion in the Nemzeti Bajnokság I fixture on Saturday.

Our Budapest Honvéd FC v Újpest FC tips, poll and stats can be seen in full below - as well as the best betting odds.

Budapest Honvéd FC are hoping to win again after their last result, the 3-0 Nemzeti Bajnokság I success against MTK Budapest.

Their past results show that Budapest Honvéd FC:

Újpest FC will come into the match following on from a 3-1 Nemzeti Bajnokság I win with the defeat of Debreceni VSC in their most recent match.

Michael Oenning's Újpest FC have seen their efforts on goal rewarded 8 times throughout their latest six matches. The number of goals that have been scored against them during the equivalent period comes to 8.

Looking over their past head to head clashes stretching back to 14/12/2019 tells us that Budapest Honvéd FC have won 0 of them and Újpest FC 3, with the tally of drawn results being 3.

In all, 13 goals were scored between the two sides in these games, with 5 of them from Honvéd and 8 netted by Lilák. This gives an average number of goals per game equal to 2.17.

The last league game featuring these clubs was Nemzeti Bajnokság I match day 3 on 15/08/2021 when it finished Újpest FC 1-1 Budapest Honvéd FC.

The match was refereed by Balázs Berke.

The Budapest Honvéd FC boss Ferenc Horváth will be thankful to have no fitness worries to speak of ahead of this match with a completely healthy group available to select from.

Due to a fully healthy squad available to choose from, the Újpest FC manager Michael Oenning has no fitness worries to speak of before this match.

Újpest FC will have to play well to score against this Budapest Honvéd FC side who we think will likely score one, at least.

We therefore see a very competitive encounter with a 1-0 winning margin for Budapest Honvéd FC at the end of this game. 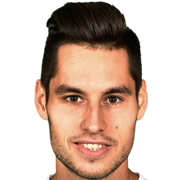 Mostly taking up the Central Attacking Midfielder position, Lukács Bőle was born in Marcali , Hungary. Having played his first senior match for Kaposvári Rákóczi FC in the 2009 - 2010 season, the gifted Midfielder has scored a sum of 3 league goals in the Nemzeti Bajnokság I 2021 - 2022 campaign so far in a total of 11 appearances.

While we have made these predictions for Budapest Honvéd FC v Újpest FC for this match preview with the best of intentions, no profits are guaranteed. Always gamble responsibly, and with what you can afford to lose. Good luck with your selections.