Return to this page a few days before the scheduled game when this expired prediction will be updated with our full preview and tips for the next match between these teams.
Budapest Honvéd FC visit ZTE Aréna on Friday for the Nemzeti Bajnokság I meeting with home team Zalaegerszegi TE. All of our predictions, stats and the user poll for Zalaegerszegi TE v Budapest Honvéd FC are shown below - as well as the best betting odds.

Fixtures featuring Zalaegerszegi TE have usually been absorbing ones recently with high scoring expected. Over their past six games, the sum of 20 goals have been scored for both teams combined (at an average of 3.33 goals per game) with 16 of those being chalked up by Zete. That kind of trend won’t necessarily be carried forward into this next game, though.

A look at their previous results shows us that Zalaegerszegi TE:

The numbers tell their own story, and Budapest Honvéd FC have been scored against in 6 of their last 6 games, with opponents netting 11 goals in total. At the back, Honvéd have seen their frailties exposed.

Heading into this fixture, Budapest Honvéd FC have not been beaten by Zalaegerszegi TE in away games against them for the last 2 matches in the league.

Looking over their prior head-to-head meetings dating back to 11/09/2010 shows us that Zalaegerszegi TE have won 1 of these games and Budapest Honvéd FC 5, with the number of draws standing at 0.

A combined sum of 13 goals were scored between the two sides throughout the course of those matches, with 2 for Zete and 11 created by Honvéd. That’s an average goals per game figure of 2.17.

The last league game featuring the two was Nemzeti Bajnokság I match day 20 on 08/02/2020 when it finished Budapest Honvéd FC 2-0 Zalaegerszegi TE. The match was refereed by József Erdős.

Zalaegerszegi TE boss Gábor Marton will be grateful to have no fitness concerns whatsoever before this game owing to a completely healthy group to choose from.

With a fully injury-free group to pick from, Budapest Honvéd FC boss István Pisont does not have any fitness concerns to speak of coming into this match.

Budapest Honvéd FC and Zalaegerszegi TE should play out a closely-fought contest here. A draw looks like a realistic possibility, but we’ll see what happens. We’re therefore anticipating a very close game with a 1-1 score at the end of this game. 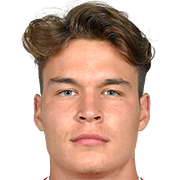 Mostly playing in the Striker position, Gergely Bobál was born in Hungary. Having made a first senior appearance for Budapest Honvéd FC in the 2011 - 2012 season, the talented Forward has scored 11 league goals in this Nemzeti Bajnokság I 2019 - 2020 campaign so far coming from a total of 26 appearances.

While we have made these predictions for Zalaegerszegi TE v Budapest Honvéd FC for this match preview with the best of intentions, no profits are guaranteed. Always gamble responsibly, and with what you can afford to lose. Good luck with your selections.