Return to this page a few days before the scheduled game when this expired prediction will be updated with our full preview and tips for the next match between these teams.
Full-Time Result Prediction
👉
Burgos to Win

CD Lugo are the guests at Estadio Municipal de El Plantío on Sunday for the La Liga 2 tie with home team Burgos.

All Burgos v CD Lugo match predictions, user poll and stats are shown below - along with the latest match odds.

Burgos will be hoping to bounce back here after the 1-0 La Liga 2 loss in their previous game against AD Alcorcón.

In that match, Burgos managed 42% possession and 3 shots at goal with 0 of them on target. On the other side, AD Alcorcón had 12 attempts on goal with 4 on target. Fernández (91') scored for AD Alcorcón.

A common characteristic of more recent Burgos games is seeing a zero in the scoreline.

From their prior 6 clashes before this one, in 5 of them a bet on BTTS would've lost.

Coming into this clash, Burgos are unbeaten in their last 3 league matches at home.

CD Lugo go into this encounter following a 1-0 La Liga 2 win against Girona FC in their last game.

In that game, CD Lugo had 43% possession and 11 shots on goal with 4 on target. The only player on the scoresheet for CD Lugo was Manu Barreiro (86'). At the other end, Girona FC had 8 shots at goal with 1 on target.

The stats don’t lie, and CD Lugo have been scored against in 5 of their last 6 games, with opponents netting 7 goals in all. At the back, CD Lugo just haven’t been too solid at all. That pattern might not be carried forward into this match, however.

The Burgos boss Julián Calero will be thankful to have no fitness worries to speak of ahead of this game with a fully healthy group ready to go.

Thanks to a completely injury-free group to choose from, the CD Lugo manager Rubén Albés doesn’t have any fitness worries to speak of ahead of this match.

We’re envisaging that CD Lugo may find it difficult to find the net against this Burgos lineup who will likely score at least once to gain the upper hand.

We therefore think that it’s going to be a good tussle with a 1-0 victory for Burgos after 90 minutes. 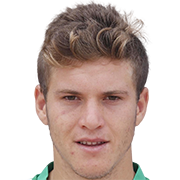 Usually taking to the field in the Striker position, Juanma García was born in Seville, Spain. After having made a senior debut playing for Real Betis in the 2013 - 2014 season, the talented Forward has scored 3 league goals in this LaLiga2 2021 - 2022 season to date coming from a total of 8 appearances.

We have made these Burgos v CD Lugo predictions for this match preview with the best intentions, but no profits are guaranteed. Please always gamble responsibly, only with money that you can afford to lose. Good luck with your selections.