Burgos will be at The Estadio Ciutat de Valencia on Sunday for the La Liga 2 tie with home team Levante.

To see all of our predictions, user poll & stats for Levante v Burgos, scroll down including the latest game odds.

Levante prepare for this fixture following on from a 2-2 La Liga 2 drawn result vs Leganés.

Matches involving Levante have tended to be absorbing ones of late with high scoring being a real hallmark. Over their past half dozen games, the sum total of 20 goals have been scored for both teams combined (at an average of 3.33 goals per game) with 11 of those being chalked up by Levante. We will just have to find out whether or not that trend can be sustained into this next match.

In their last fixture, Burgos drew 1-1 in the La Liga 2 tie with Málaga.

For 5 of the prior 6 games involving Burgos, a notably low volume of goals have gone in between them and opposing sides. The overall average goals scored per game within that period works out to a paltry 1.67, with the number of goals averaged by Burgos equalling 0.67.

Coming into this clash, Burgos are without an away win for the past 3 matches in the league.

The previous league contest featuring these sides was La Liga 2 match day 7 on 25/09/2022 when the final score was Burgos 0-0 Levante.

On that day, Burgos managed 52% possession and 13 attempts at goal with 2 on target.

For their opponents, Levante got 17 shots at goal with 4 on target.

We’re of the opinion that Levante should create the chances to score more than once when they meet Burgos, who could well struggle to score.

We’re predicting a controlled 2-0 victory for Levante at the end of this one. 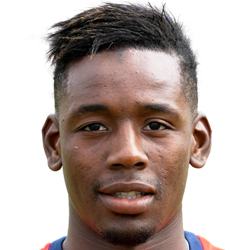 Regularly taking up the Striker position, Mohamed Bouldini was born in Casablanca, Morocco. Having made a first senior appearance for Académica in the 2020 - 2021 season, the accomplished Forward has accumulated 5 league goals in this LaLiga2 2022 - 2023 season to date in a total of 18 appearances.

We have made these Levante v Burgos predictions for this match preview with the best intentions, but no profits are guaranteed. Please always gamble responsibly, only with money that you can afford to lose.