The La Liga 2 clash at Estadio Municipal de El Plantío on Saturday will see home side Burgos take to the field against Málaga.

Scroll down to see all of the predictions, poll and statistics for Burgos v Málaga - as well as up-to-date odds.

Burgos will be wanting a better result here after a 1-0 La Liga 2 loss in their previous game against FC Cartagena.

It has not been often in recent times that Burgos haven’t conceded. In fact, Burgos have seen their defence breached in 5 of their previous 6 games, leaking 9 goals in the process. That pattern might not be continued into this match, however.

Málaga come into this clash following on from a 2-1 La Liga 2 win as they beat UD Las Palmas in their previous outing.

In their previous 6 outings, Málaga have bagged the sum of 8 goals. Málaga have also not failed to score in every single one of those games. In that time, they have had 7 goals go against them.

The Burgos manager Julián Calero will be happy not to have any fitness worries whatsoever before this game thanks to a completely healthy group to choose from.

With a fully healthy group to pick from, the Málaga manager José Alberto López has no fitness worries to speak of ahead of this clash.

We are of the inclination to think that Málaga and Burgos may well end up cancelling each other out here.

It appears that a draw might be on the cards. We’re therefore predicting a very close game with a 1-1 score draw at the conclusion of the game. 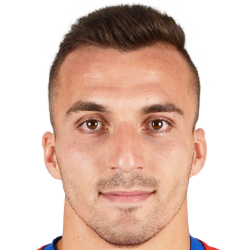 Typically used in the Right Attacking Midfielder position, Pablo Valcarce was born in Ponferrada, Spain. Having played his first senior match for CD Numancia in the 2014 - 2015 season, the skilful Midfielder has managed to score 4 league goals in this LaLiga2 2021 - 2022 season to date coming from a total of 14 appearances.

We have made these Burgos v Málaga predictions for this match preview with the best intentions, but no profits are guaranteed. Please always gamble responsibly, only with money that you can afford to lose.