Return to this page a few days before the scheduled game when this expired prediction will be updated with our full preview and tips for the next match between these teams.
Full-Time Result Prediction
👉
Málaga to Win

Málaga are going up against visiting side Burgos at The Estadio La Rosaleda in the La Liga 2 fixture on Saturday.

Our Málaga v Burgos tips, poll and stats can be seen in full below - along with the latest match odds.

Málaga go into this game following a 0-0 La Liga 2 draw versus Burgos.

It has been seldom in recent times that Málaga have kept a clean sheet. It will be a concern for them that Málaga have been scored against in 5 of their previous 6 games, shipping 7 goals along the way.

The stats tell the story, and Burgos have been scored against in 6 of their last 6 games, seeing their opponents hit 7 goals overall. In defence, Burgos have not been doing too well. Such a pattern won’t necessarily be sustained here, of course.

Ahead of this meeting, Burgos are without an away win for the past 2 matches in the league.

The previous league encounter featuring the two was La Liga 2 match day 1 on 14/08/2022 when the final score was Burgos 1-0 Málaga.

In that game, Burgos managed 42% possession and 9 attempts on goal with 1 of them on target. The scorer was Juan Artola (62').

Málaga got 11 attempts on goal with 3 of them on target.

The Málaga boss Pepe Mel will be grateful to have no fitness worries at all ahead of this game with a fully healthy squad available to choose from.

We’re of the view that Burgos might need a bit of good fortune to get anything against this Málaga side who we think will win and very possibly keep a clean sheet.

We’ve gone for a very competitive game with a 1-0 win for Málaga after 90 minutes. 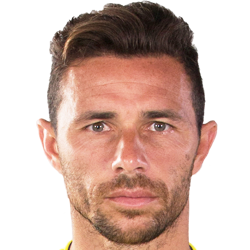 Mostly playing in the Striker position, Rubén Castro was born in Las Palmas de Gran Canaria, Spain. Having made a first senior appearance for UD Las Palmas in the 2000 - 2001 season, the gifted Forward has scored 5 league goals in the LaLiga2 2022 - 2023 campaign to date in 22 appearances.

We have made these Málaga v Burgos predictions for this match preview with the best intentions, but no profits are guaranteed. Please always gamble responsibly, only with money that you can afford to lose. Good luck!