Burton Albion make the trip to St James Park on Saturday for the League One game with home team Exeter City.

Our full set of predictions, statistics and match poll for Exeter City v Burton Albion can be seen below (including the best match odds).

Exeter City will be looking to improve on their last outing here following the 3-2 League One loss in their previous game against Shrewsbury Town.

Exeter City have really been misfiring of late. Their sum of goals equals just 4 vs opposing sides over the course of their last six fixtures. In those meetings, Exeter City have also seen the tally of goals against them total 6.

Following on from a loss in their previous game against Portsmouth in League One action, Burton Albion will be aiming to make amends here.

The only scorer from Burton Albion was Sam Hughes (59' Own goal). Colby Bishop (86') scored for Portsmouth.

Checking on their past head-to-head meetings stretching back to 01/09/2012 shows us that Exeter City have won 1 of these & Burton Albion 3, with the number of drawn matches standing at 2.

A total of 15 goals were shared by the two clubs throughout the course of those matches, with 7 for The Grecians and 8 coming from The Brewers. That’s an average goals per game figure of 2.5.

The previous league contest between these sides was League Two match day 34 on 06/12/2014 when it finished Exeter City 1-1 Burton Albion.

That day, Exeter City had 56% possession and 7 shots on goal with 1 on target. The scorer was Christian Ribeiro (87').

The referee was Pat Miller.

There is just the lone fitness concern for the Exeter City gaffer Matt Taylor to contend with from an otherwise fully-primed group. Kyle Taylor (Fracture-dislocation of the ankle) will miss out.

Thanks to a mainly full-strength squad, there is only the one fitness problem for the Burton Albion manager Jimmy Hasselbaink to be concerned with. Mustapha Carayol (Knee Injury) won’t be playing here.

Our assessment is that Exeter City will most probably be able to create a high number of chances and successful shots on target.

Conversely, Burton Albion will not find it easy to get shooting opportunities but we do think it’s quite likely that they will be pulling one back during this clash.

We reckon that it will be a 3-1 winning margin for Exeter City when the full-time whistle blows. 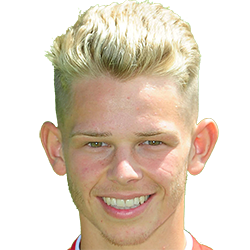 Normally taking to the field in the Centre Midfield position, Harry Kite was born in Crediton, England. Having made a first senior appearance for Exeter City in the 2022 - 2023 season, the goalscoring Midfielder has managed to score 2 league goals in this League One 2022 - 2023 campaign to date coming from a total of 7 appearances.

While we have made these predictions for Exeter City v Burton Albion for this match preview with the best of intentions, no profits are guaranteed. Always gamble responsibly, and with what you can afford to lose. Best of luck.