Real Madrid come up against visiting rivals Osasuna at Estadio Santiago Bernabéu in the La Liga tie on Saturday.

Our Real Madrid v Osasuna tips, poll and stats can be seen in full below - along with the latest match odds.

Real Madrid will play in this fixture after a 1-1 Champions League drawn game against Chelsea.

Their more recent scorelines shine a light on the fact that huge efforts have been put in by the Real Madrid backline. Los Blancos have given the opposition little, with the tally of goals that have flown into the back of their net over the course of their past 6 clashes standing at 2. Nevertheless, we must now wait to see if the trend shall be maintained in this next match.

Taking a look at their past results, Real Madrid:

After a losing effort in their last game against Celta Vigo in La Liga competition, Osasuna and their travelling fans will hope for a better result here.

A sequence of reliable showings by the Osasuna defence has resulted in their ‘goals against’ tally amounting to 4 from their last 6 fixtures overall. Over that same period of time, their own attack force has managed to score 8.

Heading into this fixture, Osasuna are winless against Real Madrid when they have played them away from home in the previous 12 league games. It has been a terrible run on the road.

Checking on their past head to head results going back to 26/04/2014 shows that these fixtures have been miserable for Osasuna. They’ve not been able to register any wins whatsoever while Real Madrid have remained in the ascendancy, getting wins in 83% of those matches.

Those games weren’t short on goals, either, with 22 overall at an average of 3.67 goals per meeting.

The last league fixture between these sides was La Liga match day 18 on 09/01/2021 when the final score was Osasuna 0-0 Real Madrid.

On that day, Osasuna managed 29% possession and 8 attempts on goal with 2 of them on target.

For their opponents, Real Madrid had 9 shots on goal with 1 on target.

The match was refereed by César Soto Grado.

Osasuna boss Jagoba Arrasate has not got a full squad to pick from. Rubén Martínez (Fractured Hand) and Iñigo Pérez (Muscle Injury) will miss out on this game.

In our view, Real Madrid will most probably get a lot of shots on goal and make them count.

At the same time, Osasuna could well struggle to make a breakthrough but do we see them converting at least once here, too.

We’re therefore anticipating a controlled 3-1 margin for Real Madrid at the end of the 90 minutes. 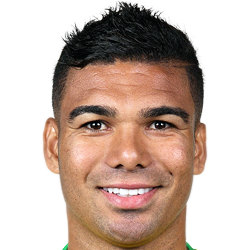 Normally playing in the Central Defensive Midfielder position, Casemiro was born in São José dos Campos, Brazil. Having played his first senior match for São Paulo in the 2010 season, the gifted Midfielder has bagged 5 league goals in this LaLiga 2020 - 2021 season to date in a total of 29 appearances.

We have made these Real Madrid v Osasuna predictions for this match preview with the best intentions, but no profits are guaranteed. Please always gamble responsibly, only with money that you can afford to lose.