Getafe will be taking on visiting team Cádiz at Estadio Coliseum Alfonso Pérez in the La Liga meeting on Sunday.

To see all of our predictions, user poll & stats for Getafe v Cádiz, scroll down (plus the best game odds).

Getafe will be hoping to return to winning ways here following the 1-0 La Liga losing effort in their last game against Villarreal.

It’s been seldom in recent times that Getafe have kept a clean sheet. In fact, Getafe have been scored against in 5 of their previous 6 games, giving up 7 goals during that time. In any event, it remains to be seen if that trend might be maintained in this next match.

Cádiz will go into the encounter after a 0-1 La Liga win vs Athletic Bilbao in their previous fixture.

For 5 of the prior 6 clashes involving Cádiz, a comparatively low number of goals have been struck between them and opposing teams. The overall average goals scored per game in that spell is just 2.17, with the number of goals averaged by Submarino amarillo standing at 0.83.

Coming into this contest, Cádiz are unbeaten in their previous 2 league matches away from home.

If we look at their past head to head meetings going back to 08/01/2006, there has been little between the sides with Getafe winning 3 of those games, Cádiz 3 and 0 being drawn in normal time.

A total of 16 goals were produced between them throughout the course of those matches, with 8 of them from Azulones and 8 netted by Submarino amarillo. The average number of goals per game works out to 2.67.

The previous league encounter between these sides was La Liga match day 30 on 10/04/2021 which ended up with the score at Getafe 0-1 Cádiz.

In that match, Getafe had 57% possession and 19 shots on goal with 4 of them on target. Their only player on the scoresheet was David Timor (64' Own goal).

Cádiz got 8 shots on goal with 3 of them on target.

The Getafe manager Quique Sánchez Flores will be grateful to have no fitness concerns whatsoever ahead of this clash owing to a fully injury-free squad to pick from.

Thanks to a fully injury-free squad to pick from, the Cádiz manager Álvaro Cervera has zero fitness worries to report coming into this game.

We believe that Cádiz will need things to go their way to find the net against this Getafe outfit who we reckon will do enough to score at the other end and edge ahead.

We’ve gone for a very competitive encounter with a 1-0 win for Getafe when the referee blows for full-time. 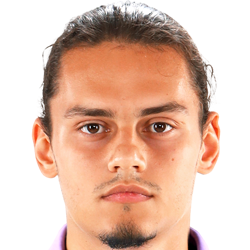 Typically playing in the Striker position, Enes Ünal was born in Osmangazi, Turkey. After having played his first senior match for Bursaspor in the 2013 - 2014 season, the gifted Forward has scored a sum of 3 league goals in the LaLiga 2021 - 2022 campaign to date in 13 appearances.

We have made these Getafe v Cádiz predictions for this match preview with the best intentions, but no profits are guaranteed. Please always gamble responsibly, only with money that you can afford to lose. Good luck!