Mallorca will visit The Estadio Nuevo Mirandilla on Saturday for the La Liga fixture with home side Cádiz.

Our full set of predictions, statistics and match poll for Cádiz v Mallorca can be seen below (including the best match odds).

Cádiz, following on from their previous result, will be hoping for more of the same after a 1-0 La Liga success against Mallorca.

In that match, Cádiz managed 56% possession and 4 attempts at goal with 2 on target. The only player to score for Cádiz was Théo Bongonda (10'). At the other end, Mallorca got 1 attempts on goal with 0 of them on target.

It’s been all too rare in recent times that Cádiz haven’t conceded. It will be a concern for them that Cádiz have failed to prevent opponents from scoring in 5 of their previous 6 games, letting in 8 goals during that time. We will find out if that trend will be continued on in this game.

Looking at the pre-match facts, Cádiz:

In 6 of the past 6 games featuring Mallorca, a notably low volume of goals have gone in between them and opposing teams. The overall average number of goals per game during that period comes to a paltry 1.33, with the number of goals averaged by Los Bermellones standing at 0.67.

A review of their past head to head clashes dating back to 28/08/2016 shows that Cádiz have won 0 of these games and Mallorca 2, with the tally of drawn results being 4.

A sum of 10 goals were scored between the two sides during those clashes, with 4 from Submarino amarillo and 6 belonging to Los Bermellones. This gives an average number of goals per game equal to 1.67.

That time, Mallorca managed 46% possession and 17 shots on goal with 5 on target. The goals were scored by Salva Sevilla (20') and Vedat Muriqi (66').

Cádiz got 12 shots at goal with 5 of them on target. Rubén Alcaraz (8') was the scorer.

It’s a low absenteeism rate, with just a single fitness concern for the Cádiz gaffer Sergio González to be concerned with thanks to an otherwise robust group of players. Jon Ander Garrido (Patella problems) misses out.

Due to a fully healthy group to choose from, the Mallorca manager Javier Aguirre has zero fitness worries whatsoever ahead of this clash.

It seems to us that Mallorca and Cádiz should play out a closely-fought contest here.

Will be interesting to see how this one goes, with a good chance of a draw. We’re therefore tipping a very even match with a 1-1 score when the full-time whistle blows. 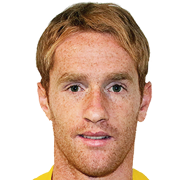 Regularly played in the Centre Midfield position, Alex Fernández was born in Alcalá de Henares, Spain. Having made a first senior appearance for Real Madrid in the 2010 - 2011 season, the skilful Midfielder has netted 2 league goals in the LaLiga 2022 - 2023 campaign so far coming from a total of 16 appearances.

While we have made these predictions for Cádiz v Mallorca for this match preview with the best of intentions, no profits are guaranteed. Always gamble responsibly, and with what you can afford to lose. Best of luck.