Our Cádiz v Real Madrid tips, poll and stats can be seen in full below - plus the latest betting odds.

Sergio González's Cádiz have netted 8 times in their last six outings. At the other end, the tally of goals that have been scored against them in those same fixtures amounts to 9.

Coming into this fixture, Cádiz are winless against Real Madrid in their previous 2 league games.

In as many as 5 out of the previous 6 games involving Real Madrid, a minimum of three goals have been struck. The overall average goals scored per match during that time is 4.33, with the average number of goals for Real Madrid coming out as 3.17.

Checking on their most recent head to head clashes dating back to 28/08/2005 tells us that Cádiz have won 2 of these games and Real Madrid 3, with the number of drawn games being 1.

A combined total of 14 goals were scored between the two sides in this period, with 6 for Submarino amarillo and 8 belonging to Los Blancos. That’s an average goals per game figure of 2.33.

The previous league fixture featuring these sides was La Liga match day 18 on 19/12/2021 and the score finished Real Madrid 0-0 Cádiz.

In that game, Real Madrid managed 82% possession and 36 shots on goal with 9 on target.

On the other side, Cádiz got 4 attempts on goal with 0 on target.

The Cádiz boss Sergio González will be happy not to have any fitness concerns to speak of coming into this match thanks to a completely injury-free group available to choose from.

Real Madrid manager Carlo Ancelotti has not got a full squad to pick from. Isco (Influenza), Gareth Bale (Back trouble), Marcelo (Calf Problems) and Miguel Gutiérrez (Meniscal Injury) are not able to play.

Here is a game where Cádiz could find themselves struggling to hit the back of the net against this Real Madrid lineup who we reckon will get the win and a maybe even keep a clean sheet as well. 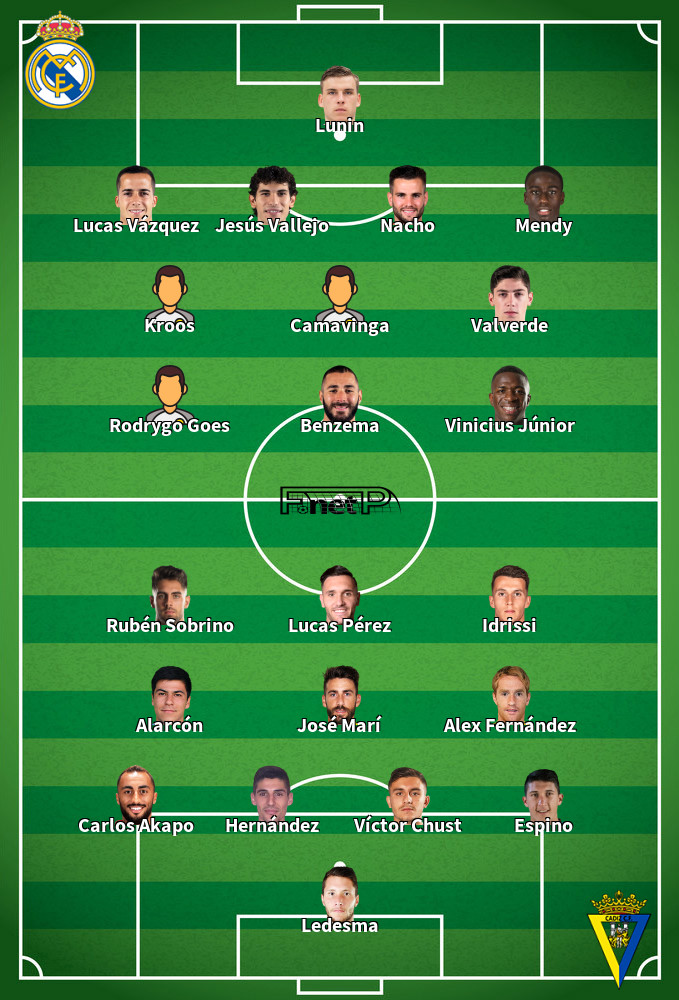