Their big Copa del Rey tie on Saturday will see Sporting Gijón do battle with Cádiz.

All Sporting Gijón v Cádiz game predictions, stats and user poll are shown below including the latest game odds.

Sporting Gijón have been on a persistent run of goalscoring form, finding the back of the net every time they’ve gone out to play in their last 6 matches.

They’ve totted up the amount of 10 during that period and have conceded a total of 6.

Since suffering a loss in their previous game against Osasuna in La Liga competition, Cádiz will be hoping to turn things around here.

A run of accomplished performances by the Cádiz defensive unit has seen the number of goals they’ve conceded standing at 4 from their last 6 clashes overall. Over that same period, their own attack force has managed to score 3. Such a pattern might not be carried forward into this game, though.

If we look at their past head to head meetings stretching back to 19/11/2017, there is nothing to separate the two clubs with Sporting Gijón winning 2 of those games, Cádiz 2 and 2 being drawn after 90 minutes of play.

A combined sum of 9 goals were scored between the two sides in this period, with 3 of them for Rojiblancos and 6 for Submarino amarillo. The average number of goals per game works out to 1.5.

In that match, Sporting Gijón managed 54% possession and 13 attempts at goal with 2 on target. The scorer was Vázquez (54').

Cádiz had 16 shots on goal with 3 on target.

Due to a fully healthy group ready to go, the Cádiz boss Álvaro Cervera does not have any fitness concerns whatsoever ahead of this game.

We envisage that Cádiz will likely be able to put one past this Sporting Gijón outfit, although it realistically won’t be as many as they’ll concede.

Our selection here is for both teams to score in a 2-1 win for Sporting Gijón when all is said and done. Hopefully this is a good one. 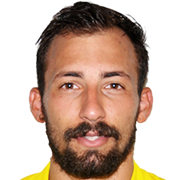 Generally playing in the Left Wing position, Aitor García was born in Spain. Having played his first senior match for Recreativo de Huelva in the 2011 - 2012 season, the goalscoring Forward has managed 4 league goals in this LaLiga2 2021 - 2022 season so far from a total of 21 appearances.

We have made these Sporting Gijón v Cádiz predictions for this match preview with the best intentions, but no profits are guaranteed. Please always gamble responsibly, only with money that you can afford to lose. Best of luck with your selections.