Cittadella host away team Cagliari at Stadio Piercesare Tombolato in the Serie B fixture on Saturday.

All of our predictions, stats and the user poll for Cittadella v Cagliari are shown below including the latest game odds.

Cittadella enter this fixture following on from a 0-0 Serie B drawn game against Cagliari.

Cittadella have really struggled up front in recent times. Their goals record stands at just 3 vs opponents during their last 6 fixtures. In those games, Cittadella have also seen the tally of goals scored against them total 9. We shall soon find out whether or not that trend will end up being sustained in this game.

Coming into this fixture, Cittadella are without a home win in the past 6 league matches. That's never good.

In the course of their 6 most recent matches, Claudio Ranieri's Cagliari have slotted home a total of 9 times thus earning them a goals scored per game average of 1.5.

Coming into this fixture, Cagliari have not won away from home in their last 6 matches in the league.

The last league game featuring these sides was Serie B match day 2 on 21/08/2022 which finished with the scoreline of Cagliari 2-1 Cittadella.

On that day, Cagliari managed 65% possession and 17 shots on goal with 8 of them on target. The goals were scored by Marco Mancosu (72') and Antoine Makoumbou (87').

For their opponents, Cittadella got 11 shots on goal with 3 on target. Raúl Asencio (29') scored.

In an otherwise available squad, there’s just the one fitness worry for the Cagliari manager Claudio Ranieri to contend with. Giuseppe Ciocci (Cruciate Ligament Rupture) misses out for this game.

We’re inclined to think that Cagliari and Cittadella could well end up finding themselves level here, with both teams capable of netting.

Little in this one, and it’s almost too close to call. We’re therefore expecting a very even match with a 1-1 score when the referee blows the full-time whistle. 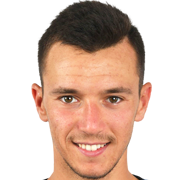 Generally playing in the Striker position, Enrico Baldini was born in Massa Carrara, Italy. Having played his first senior match for Pro Vercelli in the 2016 - 2017 season, the skilful Forward has got 2 league goals in this Serie B 2022 - 2023 campaign so far in 6 appearances.

While we have made these predictions for Cittadella v Cagliari for this match preview with the best of intentions, no profits are guaranteed. Always gamble responsibly, and with what you can afford to lose.