Cagliari will be at Stadio Marcantonio Bentegodi on Tuesday for the Serie A meeting with hosts Hellas Verona.

Our full set of predictions, statistics and match poll for Hellas Verona v Cagliari can be seen below - as well as the best betting odds.

Hellas Verona won’t want a repeat of their last result here after a 3-1 Serie A defeat in their last game at the hands of Sampdoria.

In that game, Hellas Verona managed 59% possession and 14 attempts at goal with 3 on target. The only player on the scoresheet for Hellas Verona was Adrien Tameze (37'). At the other end, Sampdoria had 15 shots on goal with 5 of them on target. Antonio Candreva (51'), Albin Ekdal (77') and Nicola Murru (90') scored for Sampdoria.

Hellas Verona have not been the best at stopping their opponents lately, although they have also found ways to convert their own chances into goals. Over their last 6 matches, Hellas Verona have been punished defensively in 6 of them as well as scoring in 6 of those games. That kind of trend won’t necessarily be carried forward into this game, however.

In their last game, Cagliari drew 1-1 in the Serie A tie with Salernitana.

Looking at their form, and Cagliari have been scored against in 6 of their last 6 games, conceding 12 goals in total. Defensively, Cagliari have some weaknesses to address.

Taking a look at their past results, Cagliari:

Looking at their past head-to-head clashes going back to 08/04/2018 shows that Hellas Verona have won 3 of them & Cagliari 1, with the number of drawn matches being 2.

13 goals were scored between them in these games, with 8 of them from Verona and 5 for Casteddu / Rossoblu. The average number of goals per game works out to 2.17.

The last league game featuring these clubs was Serie A match day 29 on 03/04/2021 when the final score was Cagliari 0-2 Hellas Verona.

That day, Cagliari had 48% possession and 24 shots on goal with 5 of them on target.

The Hellas Verona manager Igor Tudor will be grateful not to have any fitness worries at all ahead of this match with a fully healthy group ready to go.

Owing to a completely injury-free group ready to go, the Cagliari manager Walter Mazzarri has zero fitness concerns to report ahead of this game.

When taking all factors into account, Hellas Verona look likely to get amongst the goals when they meet Cagliari, who may well struggle getting on the scoresheet.

We’re tipping a comfortable 2-0 victory for Hellas Verona when all’s said and done. 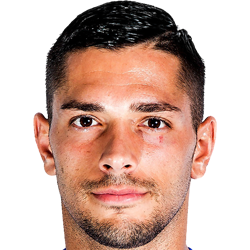 Generally taking up the Striker position, Gianluca Caprari was born in Rome, Italy. After having made a senior debut playing for Roma in the 2010 - 2011 season, the dangerous Forward has netted 3 league goals in the Serie A 2021 - 2022 campaign to date from a total of 11 appearances.

While we have made these predictions for Hellas Verona v Cagliari for this match preview with the best of intentions, no profits are guaranteed. Always gamble responsibly, and with what you can afford to lose. We wish you the best of luck.