Cagliari head to Stadio Olimpico di Roma on Sunday for the Serie A meeting with hosts Roma.

For all of our match predictions, pre-game poll and statistics for Roma v Cagliari, scroll down - as well as up-to-date odds.

Roma will be looking to improve on their last outing here following the 3-4 Serie A defeat last time out to Juventus.

Matches involving Roma have often been lively encounters lately with plenty of scoring the rule rather than the exception. Over their past half dozen games, a total of 25 goals have flown in for both teams combined (at an average of 4.17 goals per game) with 14 of those belonging to Roma. That trend won’t necessarily be carried forward into this match, though.

Heading into this contest, Roma are without a home win in the past 2 league games.

Cagliari will go into the encounter following a 2-1 Serie A win with the defeat of Bologna in their most recent match.

Coming into this meeting, Cagliari are winless against Roma in games played away from home for the previous 7 matches in the league. They really have not been travelling well at all.

A glance at their most recent head-to-head meetings dating back to 27/04/2019 shows us that Roma have won 4 of these and Cagliari 1, with the number of draws being 1.

A lot of goals were also scored during this period, 25 in total at an average of 4.17 goals per match.

The last league encounter between these sides was Serie A match day 10 on 27/10/2021 when it finished Cagliari 1-2 Roma.

That time, Cagliari had 41% possession and 7 shots at goal with 5 on target. Their only player to score was Leonardo Pavoletti (52').

For their opponents, Roma had 22 shots at goal with 3 on target. Roger Ibañez (71') and Lorenzo Pellegrini (78') scored.

The match was refereed by Ivano Pezzuto.

It certainly seems that Cagliari could really find it hard to score against a Roma side who should own this match if all goes as we expect it to.

We reckon that it will be a comprehensive 3-0 margin for Roma when all is said and done. 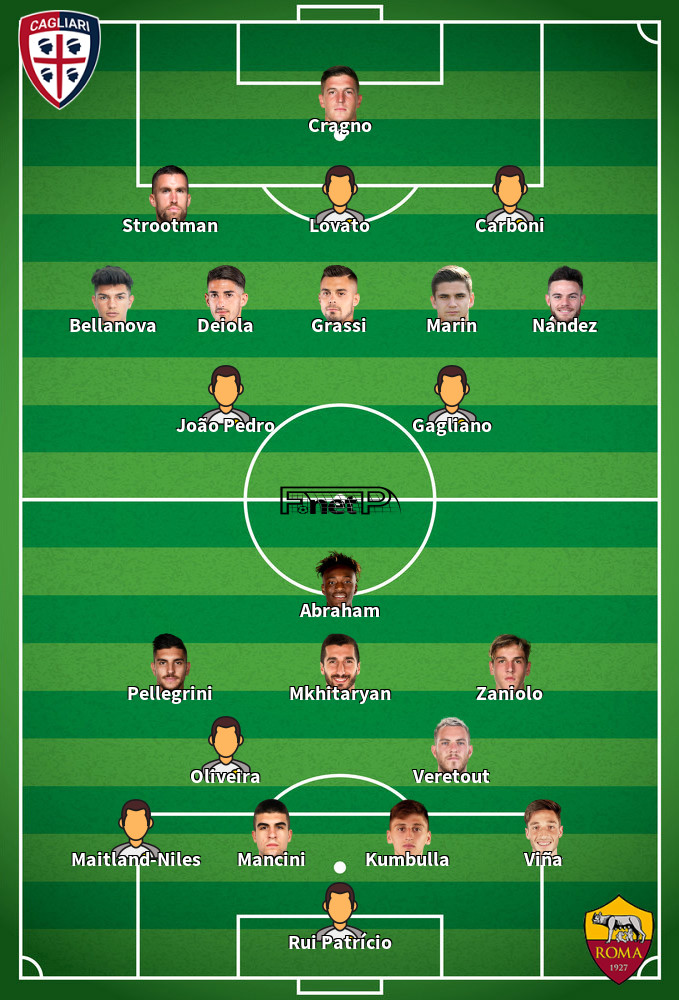 Generally playing in the Striker position, Tammy Abraham was born in Camberwell, England. Having played his first senior match for Chelsea in the 2015 - 2016 season, the accomplished Forward has managed to score 8 league goals in the Serie A 2021 - 2022 campaign so far from a total of 20 appearances.

We have made these Roma v Cagliari predictions for this match preview with the best intentions, but no profits are guaranteed. Please always gamble responsibly, only with money that you can afford to lose. Best of luck.