Sassuolo will host visiting rivals Cagliari at Mapei Stadium-Città del Tricolore in this Serie A game on Sunday.

To see all of our predictions, user poll & stats for Sassuolo v Cagliari, scroll down (inc. the best betting odds).

Sassuolo will be looking for an improved result here following the 3-2 Serie A defeat last time out to Udinese.

In that game, Sassuolo managed 63% possession and 10 shots on goal with 4 on target. For Sassuolo, the goalscorers were Domenico Berardi (15') and Davide Frattesi (28', 39' Own goal). For their opponents, Udinese had 13 attempts on goal with 2 on target. Gerard Deulofeu (8') and Beto (51') scored for Udinese.

It has been all too rare in recent games where Sassuolo have shown defensive steel. It will be a concern for them that Sassuolo have been scored against in 6 of their previous 6 matches, letting in 11 goals in the process. That pattern isn’t assured to be sustained into this match, of course.

Going into this game, the form guide shows that Sassuolo:

Since being defeated in their last game at the hands of Atalanta in Serie A action, Cagliari and their travelling fans will hope for a better result here.

The stats tell the story, and Cagliari have been scored against in 6 of their last 6 games, seeing opposing sides hit 11 goals overall. In defence, Cagliari have not been doing too well.

Analysis of their past results shows that Cagliari:

Draws have become a regular occurrence between these two clubs. In their head to head clashes dating back to 26/08/2018, the records show 5 of these. That’s an unusually high 83 per cent of games ending as stalemates.

A total of 17 goals were produced between them during those clashes, with 10 for Sassuolo and 7 created by Casteddu / Rossoblu. The average goals per game has been 2.83.

On that occasion, Cagliari had 29% possession and 10 shots on goal with 5 of them on target. The scorer was João Pedro (75').

At the other end, Sassuolo got 16 attempts on goal with 4 on target. Jérémie Boga (94') was the scorer.

The match was refereed by Maurizio Mariani.

The Sassuolo boss Alessio Dionisi has a full complement, with no fitness worries whatsoever before this clash thanks to a completely healthy group ready to go.

Due to a fully healthy squad to pick from, the Cagliari boss Walter Mazzarri doesn’t have any fitness concerns to report ahead of this clash.

In our opinion, Cagliari will surely be able to breach the defence of this Sassuolo team, but it is unlikely to be enough to avoid defeat.

We’re tipping a narrow 2-1 winning score for Sassuolo when the full-time whistle blows. There shouldn’t be much in it, either way. 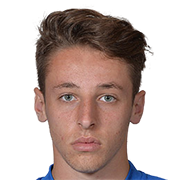 Usually deployed in the Centre Midfield position, Davide Frattesi was born in Italy. After having played his first senior match for Ascoli in the 2018 - 2019 season, the skilful Midfielder has accumulated 3 league goals in this Serie A 2021 - 2022 season to date from a total of 12 appearances.

We have made these Sassuolo v Cagliari predictions for this match preview with the best intentions, but no profits are guaranteed. Please always gamble responsibly, only with money that you can afford to lose. Best of luck with your selections.