Cambridge United head to One Call Stadium on Saturday for the League Two fixture with home team Mansfield Town.

Scroll down for all of our predictions, poll and stats for the Mansfield Town v Cambridge United game - plus the latest match odds.

Mansfield Town will be hoping for a better result after a 2-3 League Two loss in their previous game against Bolton Wanderers.

Matches involving Mansfield Town have proved to be entertaining affairs lately with high scoring being a common characteristic. Over their past 6 clashes, a total of 20 goals have gone in for both teams combined (at an average of 3.33 goals per game) with 10 of those coming from The Stags. Putting that to one side, we’ll just have to find out if the trend shall be maintained in this match.

Ahead of this clash, Mansfield Town are unbeaten in the league by Cambridge United in their last 2 matches.

In their previous game, Cambridge United drew 0-0 in the League Two tie with Southend United.

Mark Bonner's Cambridge United have turned their attacks into goals 8 times throughout their latest six matches. The total of goals that have been scored against them during that period adds up to 6.

An examination of their most recent head-to-head meetings dating back to 13/01/2018 shows that Mansfield Town have won 3 of these games and Cambridge United 1, with the tally of drawn games being 2.

A combined total of 13 goals were shared by the two clubs in this period, with 6 for The Stags and 7 netted by The U's. That’s an average goals per game of 2.17.

The last league contest between the two was League Two match day 15 on 02/12/2020 when it finished Cambridge United 0-1 Mansfield Town.

Mansfield Town manager Nigel Clough will be happy not to have any fitness worries at all ahead of this match owing to a completely healthy squad to choose from.

Thanks to a fully healthy squad to choose from, Cambridge United boss Mark Bonner does not have any fitness concerns whatsoever before this game.

Our feeling is that Cambridge United will surely be able to break down this Mansfield Town lineup, but that might not quite be as many as they will have scored against them.

We’re going for a very close game with a 2-1 winning score for Mansfield Town at the end of the match. Should be a good one. 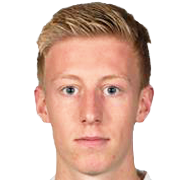 Usually played in the Centre Midfield position, Harry Charsley was born in Wirral, England. After making a first senior appearance for Bolton Wanderers in the 2017 - 2018 season, the talented Midfielder has accumulated 4 league goals in this League Two 2020 - 2021 campaign so far in 25 appearances.

While we have made these predictions for Mansfield Town v Cambridge United for this match preview with the best of intentions, no profits are guaranteed. Always gamble responsibly, and with what you can afford to lose. Good luck with your selections.