The League One tie at Mazuma Stadium on Saturday sees home side Morecambe go into battle with Cambridge United.

Scroll down to see all of the predictions, poll and statistics for Morecambe v Cambridge United (including the best match odds).

Morecambe won the match 4-2 in a dramatic penalty shootout.

Three or more goals per game were seen in 5 of the last 6 fixtures where Morecambe have participated. Opposing sides scored 13 times in this period whereas Morecambe totted up 7. We shall soon find out if that trend will be continued on in this game.

Going into this encounter, Morecambe have not beaten Cambridge United in their last 6 matches in the league.

Cambridge United come into this meeting after a 0-2 EFL Trophy win with the downing of Northampton Town in their most recent game.

The only name on the scoresheet from Cambridge United was Fejiri Okenabirhie (68', 77').

Mark Bonner's Cambridge United have turned their attacks into goals 9 times throughout their most recent 6 matches. The number of goals that have been scored against them during those same matches comes to 10.

Coming into this meeting, Cambridge United haven't been defeated by Morecambe when they've played them away from home in the last 3 league games.

A quick look at their past head to head meetings stretching back to 29/12/2019 reveals that these encounters have been a source of anguish for Morecambe. They’ve not been able to get themselves any wins at all whereas Cambridge United have dominated them, running out winners in 83% of those ties.

An aggregate of 16 goals were scored between them in this period, with 3 of them for The Shrimps and 13 created by The U's. That is an average goals per game value of 2.67.

The Morecambe manager Derek Adams will be grateful not to have any fitness concerns whatsoever coming into this clash thanks to a completely injury-free squad to choose from.

From a largely full-strength group, there is only the sole fitness worry for the Cambridge United gaffer Mark Bonner to be concerned about. Fejiri Okenabirhie (Achilles tendon rupture) won’t be in action.

It seems to us that Cambridge United and Morecambe could well end up finding themselves level here, with both teams capable of netting.

Let’s see how this one goes, but it looks this could be a draw. We therefore see a tight encounter with a 1-1 draw at the end of the match. 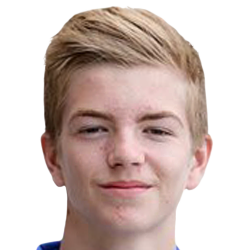 Normally deployed in the Striker position, Kieran Phillips was born in England. After having played his first senior match for Huddersfield Town in the 2020 - 2021 season, the accomplished Forward has contributed 2 league goals in the League One 2022 - 2023 season so far in 4 appearances.

While we have made these predictions for Morecambe v Cambridge United for this match preview with the best of intentions, no profits are guaranteed. Always gamble responsibly, and with what you can afford to lose. We wish you the best of luck.