Tranmere Rovers line up against visiting team Cambridge United at Prenton Park in this League Two game on Monday.

Scroll down to see all of the predictions, poll and statistics for Tranmere Rovers v Cambridge United - along with the latest match odds.

Tranmere Rovers will be hoping to bounce back here after a 4-0 League Two loss in their previous game against Cheltenham Town.

It has not been often in recent times where Tranmere Rovers have shown defensive steel. It will be a concern for them that Super White Army have been scored against in 5 of their previous 6 clashes, shipping 9 goals along the way. That kind of pattern won’t necessarily be carried forward into this match, however.

Taking a look at their past results, Tranmere Rovers:

Cambridge United will go into the game following on from a 2-1 League Two win with the defeat of Morecambe in their most recent game.

The only player to score from Cambridge United was Paul Mullin (18', 81'). Freddie Price (88') was the scorer for Morecambe.

In their last six clashes, Cambridge United have bagged the sum of 11 goals. The U's have also scored on each one of those occasions. During those fixtures, they’ve seen 6 goals go into their own net.

Going into this game, the form guide shows that Cambridge United:

A review of their prior head to head clashes going back to 13/04/2002 shows that Tranmere Rovers have won 2 of these games and Cambridge United 1, with the number of drawn results being 3.

A total of 9 goals were scored between the two sides during those clashes, with 5 from Super White Army and 4 coming from The U's. That’s an average goals per game figure of 1.5.

The previous league clash featuring these clubs was League Two match day 3 on 26/09/2020 when it finished Cambridge United 0-0 Tranmere Rovers.

Tranmere Rovers boss Keith Hill doesn’t have any fitness concerns at all before this clash thanks to a fully healthy squad available to choose from.

Due to a mostly healthy group of players, there’s just the sole fitness problem for the Cambridge United manager Mark Bonner to be concerned with. Leon Davies (Hip Injury) won’t be playing here.

Our feeling is that Cambridge United have the firepower to find the back of the net against this Tranmere Rovers side, although it might not quite be as many as the goals that they could concede.

Our selection here is for a very close game with a 2-1 victory for Tranmere Rovers at the end of this one. Let’s just see how this one goes. 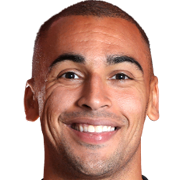 Regularly played in the Striker position, James Vaughan was born in Birmingham, England. Having made a first senior appearance for Everton in the 2004 - 2005 season, the dangerous Forward has scored a sum of 18 league goals in this League Two 2020 - 2021 season to date from a total of 26 appearances.

We have made these Tranmere Rovers v Cambridge United predictions for this match preview with the best intentions, but no profits are guaranteed. Please always gamble responsibly, only with money that you can afford to lose. Best of luck with your selections.