SC Cambuur face off with visiting opponents Excelsior at Cambuur-Stadion in this Eredivisie fixture on Saturday.

Scroll down to see all of the predictions, poll and statistics for SC Cambuur v Excelsior - plus the latest match odds.

SC Cambuur will be looking for another win after a 2-3 Eredivisie triumph vs FC Groningen.

SC Cambuur have been conceding pretty frequently recently, although they have also found ways to hit the back of the net themselves. Over their last 6 matches, SC Cambuur have conceded in 6 of them while also getting on the scoresheet in 5 of those games. We will have to see if that trend will be continued on here.

In their last fixture, Excelsior drew 4-4 in the Eerste Divisie Play-offs match with ADO Den Haag.

Proving their fondness for fruitful encounters, goals have been scored 23 times in the previous 6 games in which Excelsior have taken to the pitch, yielding an average of 3.83 goals per fixture. Opposition teams have managed 8 of those goals.

An examination of their past head-to-head clashes going back to 20/12/2015 shows us that SC Cambuur have won 5 of these & Excelsior 1, with the tally of drawn results standing at 0.

The last league contest between the two was Eerste Divisie match day 32 on 05/04/2021 which ended up with the score at SC Cambuur 7-2 Excelsior.

On the other side, Excelsior got 8 shots on goal with 6 on target. Joël Zwarts (6') and Elías Már Ómarsson (52') scored.

The referee was Robin Hensgens.

Excelsior manager Marinus Dijkhuizen has to choose from a squad that has some fitness concerns. Yassin Ayoub (Fitness) and Nikolas Agrafiotis (Knee Injury) won’t be making appearances.

We envisage that Excelsior will likely be able to breach the defence of this SC Cambuur side, however it is unlikely to be enough to avoid defeat.

We’re predicting both teams to score in a 2-1 winning score for SC Cambuur after the 90. Hopefully this is a good one. 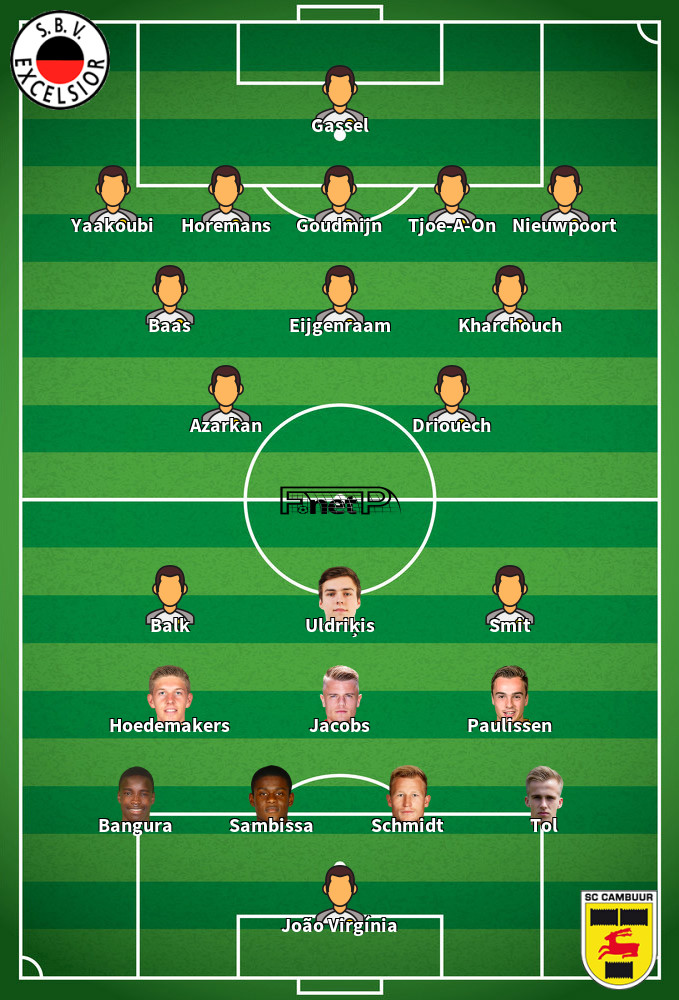 While we have made these predictions for SC Cambuur v Excelsior for this match preview with the best of intentions, no profits are guaranteed. Always gamble responsibly, and with what you can afford to lose. Best of luck with your selections.