Return to this page a few days before the scheduled game when this expired prediction will be updated with our full preview and tips for the next match between these teams.
Full-Time Result Prediction
👉
Croatia to Win

There is World Cup action scheduled for Sunday when Croatia play Canada.

View all Croatia v Canada tips, stats and our pre-match poll below - plus the latest match odds.

Croatia go into this match following a 0-0 World Cup draw against Morocco.

In that match, Croatia had 65% possession and 5 shots at goal with 2 on target. For their opponents, Morocco had 8 attempts on goal with 2 of them on target.

Their more recent scorelines show that there has been much resilience in the Croatia defence. Croatia have been stingy, resulting in the total number of goals that have flown into the back of their net over the course of their previous six clashes standing at 2.

Since tasting defeat last time out to Belgium in World Cup action, Canada and their fans will hope to get a better result this time.

The stats tell the story, and Canada have been scored against in 5 of their last 6 games, seeing opposing sides hit 7 goals in all. At the back, Canada certainly have room for improvement. Let’s find out if that trend can be sustained into this next match.

We’re inclined to think that Croatia should really get amongst the goals when they meet Canada, who will not find it easy to get a goal of their own.

We’re predicting a decent 2-0 winning score for Croatia when all’s said and done. 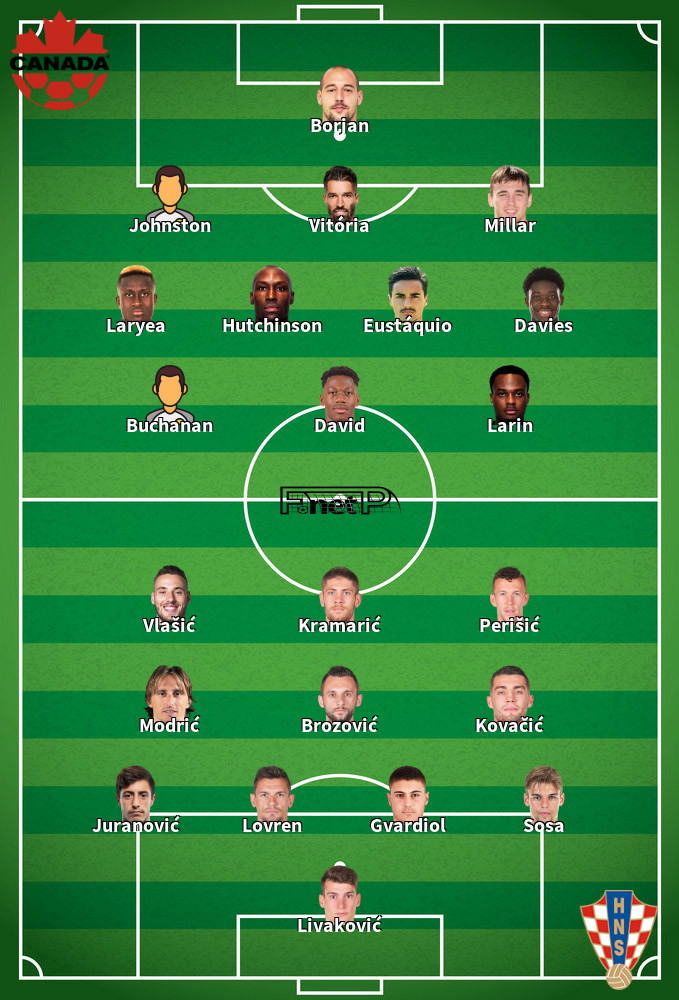 We have made these Croatia v Canada predictions for this match preview with the best intentions, but no profits are guaranteed. Please always gamble responsibly, only with money that you can afford to lose. Good luck with your selections.