All of our predictions, stats and the user poll for Exeter City v Carlisle United are shown below (inc. the best betting odds).

Exeter City, who won their previous game, will hope for a similar result following the 2-1 League Two success against Oldham Athletic.

Exeter City haven’t had any problems with scoring, finding the back of the net in one hundred percent of their last 6 games.

They’ve totted up the amount of 16 during that time and have conceded a total of 9. Let’s find out whether or not that trend will be sustained here.

Going into this one, Exeter City have not been beaten in their last 14 league matches at home. A fantastic home record.

Last time out, Carlisle United drew 0-0 in the League Two match with Barrow.

A tendency of at least one team not scoring a goal in games featuring Carlisle United has become fairly consistent of late. Examining their last 6 outings reveals that this has occurred 5 times. During those clashes, opposing sides have hit a goal aggregate of 6 while Carlisle United have scored 4.

Inspecting their most recent head-to-head meetings going back to 10/03/2018 shows that Exeter City have won 3 of these & Carlisle United 1, with the tally of draws being 2.

In all, 14 goals were scored between the two sides in these games, with 9 of them from The Grecians and 5 coming from The Cumbrians. The average number of goals per game works out to 2.33.

The previous league game featuring these sides was League Two match day 27 on 30/01/2021 when the final score was Carlisle United 1-0 Exeter City.

The Exeter City manager Matt Taylor does not have any fitness worries at all ahead of this clash with a completely healthy group ready to go.

With a fully injury-free group to choose from, the Carlisle United manager Keith Millen has no fitness concerns to speak of before this clash.

Our thinking is that Carlisle United will manage to breach the defence of this Exeter City team, although that probably won’t be enough to avoid a loss.

We reckon that it will be a very close game with a 2-1 victory for Exeter City by the conclusion of the game. Let’s see what happens here. 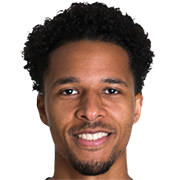 Normally taking up the Central Defensive Midfielder position, Timothée Dieng was born in Grenoble, France. After having played his first senior match for Brest in the 2012 - 2013 season, the talented Midfielder has managed 4 league goals in the League Two 2021 - 2022 season so far in 15 appearances.

We have made these Exeter City v Carlisle United predictions for this match preview with the best intentions, but no profits are guaranteed. Please always gamble responsibly, only with money that you can afford to lose. Good luck!