Rochdale will do battle with visiting opponents Carlisle United at Crown Oil Arena in the League Two clash on Saturday.

Our Rochdale v Carlisle United predictions, statistics and match poll can be seen below (including the best match odds).

Rochdale will be hoping to bounce back here following the 2-0 League Two defeat in their last game at the hands of Hartlepool United.

It’s been all too rare in recent games where Rochdale have managed to hold out for a full 90 minutes. In fact, Rochdale have seen their defence breached in 5 of their previous 6 games, giving up 10 goals along the way.

Carlisle United will come into the game following on from a 3-1 League Two win with the defeat of Hartlepool United in their previous fixture.

Over the course of their previous half-dozen outings, Carlisle United have helped themselves to a total of 11 goals. Carlisle United have also not failed to score on each one of those occasions. Over that period, they have seen 5 goals go into their own net. That trend isn’t assured to follow through here, however.

Ahead of this meeting, Carlisle United are winless against Rochdale in away games against them for the last 2 league matches.

Looking at the statistics for their head to head meetings dating back to 16/08/2011, both clubs have shared the honours with Rochdale winning 2 of those games, Carlisle United 2 and 2 being draws in normal time.

A combined total of 16 goals were yielded between them throughout the course of those matches, with 8 of them from The Dale and 8 netted by The Cumbrians. This gives an average number of goals per game equal to 2.67.

The last league fixture between these clubs was League Two match day 7 on 03/09/2022 which ended up with the score at Carlisle United 3-3 Rochdale.

The referee was Adam Herczeg.

The Rochdale boss Jim Bentley has zero fitness concerns whatsoever before this game with a completely injury-free group to choose from.

With a completely healthy group to choose from, the Carlisle United boss Paul Simpson has zero fitness concerns to report ahead of this match.

In our view, Rochdale will need to apply a lot of pressure to score goals against this Carlisle United outfit who will likely win and very possibly keep a clean sheet.

We’re therefore tipping a very even contest with a 0-1 winning score for Carlisle United at the end of the 90 minutes. 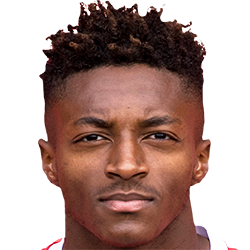 Mostly playing in the Striker position, Devante Rodney was born in Manchester, England. After having played his first senior match for Hartlepool United in the 2016 - 2017 season, the talented Forward has got 6 league goals in this League Two 2022 - 2023 campaign to date from a total of 27 appearances.

While we have made these predictions for Rochdale v Carlisle United for this match preview with the best of intentions, no profits are guaranteed. Always gamble responsibly, and with what you can afford to lose. Good luck!