Carlisle United will be visiting Peninsula Stadium on Saturday for the League Two fixture with home side Salford City.

View all Salford City v Carlisle United tips, stats and our pre-match poll below (plus the best game odds).

Salford City go into this match following on from a 0-0 League Two drawn result vs AFC Wimbledon.

An interesting theme in more recent Salford City games is the number of results with a nil in them.

Taking their previous six clashes leading up to this one, in as many as 5 of them a bet on "Both Teams to Score" would have been a losing one.

Heading into this contest, Salford City are without a win at home for the past 6 league matches. Their supporters are understandably frustrated.

In their last game, Carlisle United drew 0-0 in the League Two match with Walsall.

Paul Simpson's Carlisle United have had reason to celebrate scoring 7 times throughout their most recent sextet of matches. The overall goals that have been scored against them during that same period equals 10.

The last league meeting between these clubs was League Two match day 24 on 01/02/2022 which finished with the scoreline of Salford City 2-1 Carlisle United.

The referee was Simon Mather.

The Salford City manager Neil Wood will be thankful to have no fitness concerns whatsoever ahead of this match thanks to a fully healthy squad to pick from.

Thanks to a completely injury-free group available to choose from, the Carlisle United boss Paul Simpson doesn’t have any fitness worries to report before this clash.

We’re of the view that Carlisle United should get enough chances to score against this Salford City outfit, although that realistically won’t be as many as the goals that they could concede.

Our tip is for a close game with a 2-1 winning margin for Salford City after the 90. It really should be an interesting one. 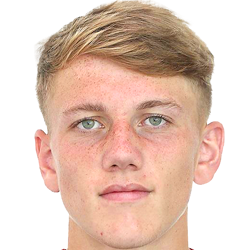 Regularly taking up the Central Defensive Midfielder position, Ethan Galbraith was born in Belfast, N. Ireland. Having played his first senior match for Salford City in the 2022 - 2023 season, the gifted Midfielder has struck 2 league goals in this League Two 2022 - 2023 season to date from a total of 10 appearances.

While we have made these predictions for Salford City v Carlisle United for this match preview with the best of intentions, no profits are guaranteed. Always gamble responsibly, and with what you can afford to lose. Good luck if you do place a bet today.