Carlisle United will be visiting Roots Hall on Saturday for the League Two clash with hosts Southend United.

Our Southend United v Carlisle United tips, poll and stats can be seen in full below including the latest game odds.

The only scorer from Southend United was Ashley Nathaniel-George (69').

A recurring aspect of recent Southend United games is seeing a zero in the scoreline.

Taking their previous sextet of matches before this one, in as many as 5 of them a wager on both teams scoring would've been a loser. That trend might not be carried forward into this match, though.

Their prior results show that Southend United:

Carlisle United go into this encounter after a 2-0 League Two win against Crawley Town in their last outing.

The numbers tell their own story, and Carlisle United have been scored against in 5 of their last 6 matches, with opponents netting 8 goals in all. Defensively, The Cumbrians have clearly had some problems.

Their past results show that Carlisle United:

If we look at their past head to head meetings stretching back to 21/03/2009, it’s been all-even between these two clubs with Southend United winning 2 of those games, Carlisle United 2 and 2 being drawn in normal time.

A sum of 16 goals were produced between them throughout the course of those matches, with 9 of them for The Shrimpers and 7 for The Cumbrians. This gives an average number of goals per game equal to 2.67.

Southend United manager Mark Molesley doesn’t have any fitness worries to speak of coming into this clash thanks to a fully injury-free group to choose from. Sam Hart is ineligible for this match because of suspension.

Owing to a completely injury-free group to pick from, Carlisle United boss Chris Beech has zero fitness concerns to report before this match.

We feel that over the course of the game, Southend United could find themselves up against it to score goals against this Carlisle United side who we think should win and very possibly keep a clean sheet.

We’re therefore predicting a very competitive encounter with a 0-1 winning margin for Carlisle United at the end of this one. 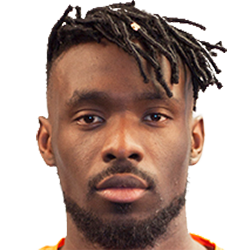 Regularly played in the Central Attacking Midfielder position, Simeon Akinola was born in Nigeria. After having made a senior debut playing for Braintree Town in the 2014 - 2015 season, the talented Midfielder has accumulated 2 league goals in this League Two 2020 - 2021 season so far coming from a total of 22 appearances.

While we have made these predictions for Southend United v Carlisle United for this match preview with the best of intentions, no profits are guaranteed. Always gamble responsibly, and with what you can afford to lose. We wish you the best of luck.