Coleraine are going up against away team Carrick Rangers at Coleraine Showgrounds in the Premiership clash on Tuesday.

View all Coleraine v Carrick Rangers tips, stats and our pre-match poll below - along with the latest match odds.

Coleraine head into this match following a 2-2 Premiership drawn result versus Cliftonville.

Oran Kearney's Coleraine have found the net 13 times over their prior six outings. At the other end, the tally of goals that have been scored against them in those games amounts to 5.

Looking at their past form shows that Coleraine:

Previously, Carrick Rangers drew 3-3 in the Premiership match with Cliftonville.

Showing their appetite for action-packed encounters, goals have been scored 20 times in the last six matches in which Carrick Rangers have sent out their troops, yielding an average of 3.33 goals each meeting. Their opponents have got 14 of this grand total.

Delving into their past head to head meetings stretching back to 20/03/2021 shows that these fixtures have not been fruitful for Carrick Rangers. They’ve not been able to get any wins whatsoever while Coleraine have just been too good for them, getting wins in 83 per cent of those matches played.

A combined sum of 14 goals were scored between them in these games, with 12 of them from The Bannsiders and 2 netted by The Gers. The average goals per game has been 2.33.

The previous league meeting between these clubs was Premiership match day 14 on 05/11/2022 which finished with the scoreline of Carrick Rangers 0-1 Coleraine.

The Coleraine boss Oran Kearney has zero fitness worries to speak of ahead of this game thanks to a fully healthy squad to choose from.

With a completely healthy squad available to choose from, the Carrick Rangers manager Stuart King does not have any fitness worries to report before this match.

We’re of the opinion that Carrick Rangers have the firepower to break down this Coleraine outfit, but it is unlikely to be enough to prevent defeat.

We reckon that it will be a tight encounter finishing with a 2-1 winning score for Coleraine after 90 minutes. Definitely a tough call. 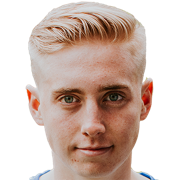 Generally played in the Left Wing position, Conor McKendry was born in N. Ireland. After making a first senior appearance for Glenavon in the 2014 - 2015 season, the accomplished Forward has managed to score 4 league goals in this Premiership 2022 - 2023 campaign to date in a total of 18 appearances.

We have made these Coleraine v Carrick Rangers predictions for this match preview with the best intentions, but no profits are guaranteed. Please always gamble responsibly, only with money that you can afford to lose. Best of luck with your selections.