Red Bull Salzburg will be at Cashpoint Arena on Saturday for the Bundesliga showdown with home team Cashpoint SCR Altach.

Cashpoint SCR Altach will be looking for an improved result here following a 2-0 Bundesliga defeat last time out to FC Trenkwalder Admira.

Their prior results show that Cashpoint SCR Altach:

Red Bull Salzburg will go into this clash following a 3-1 Bundesliga win to defeat LASK Linz in their most recent outing.

In that match, Red Bull Salzburg had 56% possession and 17 attempts on goal with 11 of them on target. For Red Bull Salzburg, the goalscorers were Nicolás Capaldo (19'), Max Wöber (45') and Karim Adeyemi (57'). On the other side, LASK Linz had 12 attempts at goal with 4 on target. Christoph Monschein (92') scored for LASK Linz.

With their forward play coming to the fore of late, Red Bull Salzburg have managed to bag a plethora of goals over their previous six clashes (18 to be precise). That works out as the enviable mean average of 3 goals scored per game during this time.

Going into this one, Red Bull Salzburg are undefeated in their previous 8 league matches away from home. What a good run they have put together.

An examination of their prior head-to-head clashes stretching back to 25/08/2018 shows that Cashpoint SCR Altach have won 1 of these games and Red Bull Salzburg 5, with the tally of drawn matches being 0.

Those games weren’t short on goals, either, with 24 overall which averages out at 4 goals per match.

The previous league clash between the two was Bundesliga match day 13 on 24/01/2021 which ended up with the score at Cashpoint SCR Altach 0-2 Red Bull Salzburg.

The match was refereed by Walter Altmann.

The Cashpoint SCR Altach manager Damir Canadi doesn’t have any fitness worries at all ahead of this match with a completely injury-free group ready to go.

Our pre-match assessment is that Red Bull Salzburg should be able to create a good number of chances & successful shots on target.

At the other end, Cashpoint SCR Altach might well find it a difficult task getting goals but we think it’s quite likely that they will be converting at least once here.

Therefore, we are anticipating a decent 1-3 margin for Red Bull Salzburg by the conclusion of the game. 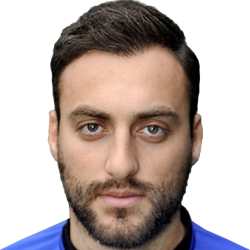 Customarily taking to the field in the Striker position, Atdhe Nuhiu was born in Priština, Kosovo. Having made his senior debut playing for in the 2008 - 2009 season, the dangerous Forward has accumulated 3 league goals in this Bundesliga 2021 - 2022 season to date coming from a total of 10 appearances.

We have made these Cashpoint SCR Altach v Red Bull Salzburg predictions for this match preview with the best intentions, but no profits are guaranteed. Please always gamble responsibly, only with money that you can afford to lose. We wish you the best of luck.