The Bundesliga meeting at Allianz Stadion on Saturday will see home side Rapid Vienna take to the field against Cashpoint SCR Altach.

Rapid Vienna will be hoping for a better result after the 4-1 Bundesliga losing effort in their last game against Wolfsberger AC.

Their past results show that Rapid Vienna:

After a losing effort in their last game against TSV Hartberg in Bundesliga competition, Cashpoint SCR Altach and their fans will hope to get a better result this time.

In 5 of the prior six games involving Cashpoint SCR Altach, a notably low volume of goals have gone in between them and opposing sides. The overall average number of goals per game within that spell works out to a mere 1.83, with the average goals for Altach being 0.33.

Heading into this fixture, Cashpoint SCR Altach haven't won against Rapid Vienna in games played away from home for the previous 2 matches in the league.

A review of their prior head-to-head meetings dating back to 25/05/2019 shows that Rapid Vienna have won 3 of these and Cashpoint SCR Altach 2, with the number of drawn results standing at 1.

An aggregate of 16 goals were scored between the two sides during those clashes, with 10 for Die Grün-Weißen and 6 being from Altach. That’s an average goals per game of 2.67.

The last league clash between these clubs was Bundesliga match day 4 on 15/08/2021 when it ended Cashpoint SCR Altach 2-1 Rapid Vienna.

That time, Cashpoint SCR Altach managed 42% possession and 12 shots on goal with 5 of them on target. The scorers were Daniel Nussbaumer (82') and Atdhe Nuhiu (91').

Rapid Vienna got 13 attempts at goal with 2 of them on target. Marco Grüll (58') scored.

The Rapid Vienna boss Dietmar Kühbauer has a full complement, with no fitness concerns to speak of coming into this game thanks to a fully injury-free squad available to choose from.

Owing to a fully healthy squad to choose from, the Cashpoint SCR Altach manager Damir Canadi does not have any fitness concerns at all coming into this clash.

Cashpoint SCR Altach will need to play some great football to be getting goals against a Rapid Vienna side who have the quality to control this match over the entire pitch.

We can see a 3-0 winning scoreline for Rapid Vienna when the referee blows the final whistle. 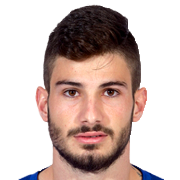 Mostly taking to the field in the Left Wing position, Taxiarchis Fountas was born in Greece. Having made his senior debut playing for AEK Athens in the 2011 - 2012 season, the accomplished Forward has got 6 league goals in the Bundesliga 2021 - 2022 season to date in 13 appearances.

While we have made these predictions for Rapid Vienna v Cashpoint SCR Altach for this match preview with the best of intentions, no profits are guaranteed. Always gamble responsibly, and with what you can afford to lose. Good luck!