The Wolfsberger AC v Cashpoint SCR Altach live stream video is ready for broadcast on 26/02/2021. Football fans can watch this clash on a live streaming service if this match is included in the schedule referenced above. Here we arm you with useful information for watching this Bundesliga match that includes the most recent guide to form, head to head clashes and our match views.

In order to view the match via other sources, check television schedules for your country. These broadcasting contracts are typically granted on a per-competition/league or even per-game level. For games shown live on regional television programmes, check the schedules on channels including BT Sport, Amazon Prime Video, Sky Sports, Now TV, iTV, Canal+, Fox Soccer, ESPN that are relevant for your location.

After the match finishes, we might also link to highlights from time to time. We are not responsible for the transmission of any match video content linked to from here. All legal issues must be dealt with via the hosters/owners of the content.

The Bundesliga clash at Lavanttal-Arena on Sunday will see home side Wolfsberger AC facing opposition in the form of Cashpoint SCR Altach.

Our tips, poll and stats for Wolfsberger AC v Cashpoint SCR Altach can all be found here - as well as the best betting odds.

Wolfsberger AC will be hoping to return to winning ways here after a 4-0 Europa League loss in their previous game against Tottenham Hotspur.

At least three goals per game have been seen in 5 of the last 6 meetings where Wolfsberger AC have played. Their opponents scored 12 of them in these games whereas Wolfsberger amassed a tally of 7. Putting that to one side, it remains to be seen whether such a trend shall be sustained in this game.

After being beaten in their last game against Austria Vienna in Bundesliga competition, Cashpoint SCR Altach and their fans will hope to get a better result this time.

The stats tell the story, and Cashpoint SCR Altach have been scored against in 5 of their last 6 games, seeing their opponents hit 14 goals in all. Defensively, Altach have some weaknesses to address.

Checking on their past head-to-head meetings dating back to 14/04/2018 shows that Wolfsberger AC have won 3 of these & Cashpoint SCR Altach 2, with the tally of draws standing at 1.

A total of 16 goals were yielded between them throughout the course of those matches, with 10 from Wolfsberger and 6 netted by Altach. That’s an average goals per game figure of 2.67.

The previous league encounter between the two was Bundesliga match day 8 on 21/11/2020 which finished with the scoreline of Cashpoint SCR Altach 0-2 Wolfsberger AC.

The match was refereed by Walter Altmann.

Due to a fully injury-free squad to choose from, Cashpoint SCR Altach boss Alex Pastoor does not have any fitness worries to report ahead of this game.

It certainly seems that Cashpoint SCR Altach will need to play some great football to break down a Wolfsberger AC side who appear set to dominate.

We are anticipating a 3-0 winning scoreline for Wolfsberger AC after 90 minutes. 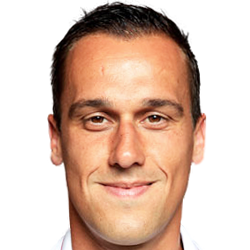 Generally playing in the Centre Midfield position, Michael Liendl was born in Austria. Having played his first senior match for KSV 1919 in the 2003 - 2004 season, the talented Midfielder has contributed 4 league goals in the Bundesliga 2020 - 2021 season to date in a total of 18 appearances.

We have made these Wolfsberger AC v Cashpoint SCR Altach predictions for this match preview with the best intentions, but no profits are guaranteed. Please always gamble responsibly, only with money that you can afford to lose. Good luck!

⚽️ Where can I get the tips for other Bundesliga games?

You can see all of the next (and previous) Bundesliga predictions & previews here.