The La Liga 2 match at Campo de Fútbol de Vallecas on Saturday will see home team Rayo Vallecano fighting it out with Castellón.

Our Rayo Vallecano v Castellón tips, poll and stats can be seen in full below (inc. the best betting odds).

Rayo Vallecano will play in this fixture after a 1-1 La Liga 2 drawn result versus Sporting de Gijón.

In that game, Rayo Vallecano had 48% possession and 13 shots at goal with 1 of them on target. The only player on the scoresheet for Rayo Vallecano was Andrés Martín (87'). Sporting de Gijón had 11 shots on goal with 2 on target.

Under three goals per game were scored during 5 of the past 6 fixtures where Rayo Vallecano have taken part. Regarding the goal weighting from that period, their opponents scored an aggregate of 5 and Franjirrojos managed the sum of 4. We will have to see if that trend will end up being sustained in this game.

Castellón will go into this game following on from a 2-1 La Liga 2 win against FC Cartagena in their previous fixture.

The strike force from Castellón have had real problems scoring goals over their previous six encounters, netting the unsatisfactory return of only 4. In those fixtures, Castellón have also seen the collective goal tally against them equal 11.

Ahead of this meeting, Castellón have not won away from home in their last 5 league matches.

Rayo Vallecano manager Andoni Iraola has no fitness worries to speak of ahead of this game with a completely healthy group available to choose from.

Thanks to a fully healthy squad available to choose from, Castellón manager Óscar Cano has no fitness concerns whatsoever ahead of this clash.

Our feeling is that Rayo Vallecano will most probably score a couple of goals when they line up against Castellón, who could well struggle getting goals.

We’re therefore expecting to see a decent 2-0 margin for Rayo Vallecano when the full-time whistle blows. 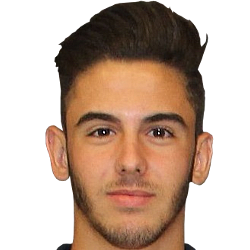 Mostly taking to the field in the Striker position, Andrés Martín was born in Aguadulce, Spain. Having played his first senior match for Córdoba CF in the 2018 - 2019 season, the talented Midfielder has hit 2 league goals in the LaLiga2 2020 - 2021 season so far coming from a total of 12 appearances.

We have made these Rayo Vallecano v Castellón predictions for this match preview with the best intentions, but no profits are guaranteed. Please always gamble responsibly, only with money that you can afford to lose.