Necaxa will be playing on Sunday as we count down to their Primera (Apertura) Liguilla clash with CD Guadalajara.

All CD Guadalajara v Necaxa match predictions, user poll and stats are shown below including the latest game odds.

CD Guadalajara fans will want a repeat of their previous result, being the 3-1 Liga MX (Apertura) triumph versus Monterrey.

It has been a rare occasion in recent times where CD Guadalajara haven’t conceded. The reality is that Chivas have seen their defence breached in 5 of their previous 6 clashes, leaking 8 goals along the way. Let’s find out whether or not that trend will be sustained in this game.

Necaxa will come into the match following on from a 0-1 Liga MX (Apertura) win as they beat Pachuca in their previous game.

In that game, Necaxa had 55% possession and 12 shots on goal with 3 on target. The scorer for Necaxa was David Cabrera (92'). Pachuca had 10 attempts at goal with 2 of them on target.

In 5 of the past 6 games featuring Necaxa, a notably low volume of goals have been scored between them and opposing teams. The overall average goals scored per game during that spell comes out as just 2, with the average goals for Lightning Bolts equalling 1.5.

Looking over their past head to head clashes going back to 06/08/2017 shows us that CD Guadalajara have won 3 of them & Necaxa 1, with the tally of drawn results standing at 2.

In all, 21 goals were scored between the two sides during those clashes, with 12 of them from Chivas and 9 created by Lightning Bolts. The average number of goals per game works out to 3.5.

The last league meeting between the two was Liga MX (Apertura) match day 10 on 12/09/2020 which finished with the scoreline of Necaxa 1-2 CD Guadalajara.

CD Guadalajara boss Víctor Vucetich will be thankful to have no fitness concerns whatsoever before this match owing to a fully healthy squad ready to go.

Thanks to a completely injury-free squad to choose from, Necaxa manager José Guadalupe Cruz does not have any fitness concerns to report before this clash.

In our view, Necaxa will have to work hard as a team to see themselves scoring against this CD Guadalajara outfit who we reckon will get a goal themselves and run out victorious.

We’re therefore expecting a very competitive game with a 1-0 win for CD Guadalajara at the end of this one. 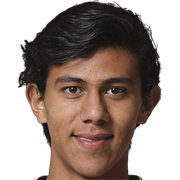 Mostly used in the Striker position, José Macías was born in Guadalajara, Mexico. Having made his senior debut playing for CD Guadalajara in the 2017 - 2018 season, the gifted Forward has scored a sum of 4 league goals in this Liga MX (Clausura) 2019 - 2020 campaign to date coming from a total of 8 appearances.

We have made these CD Guadalajara v Necaxa predictions for this match preview with the best intentions, but no profits are guaranteed. Please always gamble responsibly, only with money that you can afford to lose. Best of luck.