All Puebla v CD Guadalajara game predictions, stats and user poll are shown below (plus the best game odds).

Puebla will be wanting a better result here following a 2-0 Primera (Apertura) Liguilla loss in their previous game against León.

In their preceding 6 fixtures, Nicolás Larcamón's Puebla have hit the back of the net a combined total of 7 times, an average number of goals scored per match of 1.17.

After suffering a loss in their previous game against León in Primera (Apertura) Liguilla competition, CD Guadalajara and their travelling supporters will be hoping that they can get a better result in this one.

A run of resolute performances from the CD Guadalajara defence has resulted in the number of goals they’ve conceded standing at 4 from their previous 6 clashes in total. In that period of time, their own forwards have managed to score 8. That kind of pattern might not be continued into this next game, however.

Looking over their past head to head meetings going back to 20/08/2017 shows that these fixtures have not been kind to CD Guadalajara. They’ve not been able to register any wins at all while Puebla have remained in the ascendancy, winning in 67 per cent of those ties.

A total of 14 goals were yielded between them during those clashes, with 10 of them from Los Camoteros and 4 being from Chivas. The average goals per game has been 2.33.

The previous league clash featuring these sides was Liga MX (Apertura) match day 3 on 09/08/2020 which ended up with the score at CD Guadalajara 0-1 Puebla.

In that game, CD Guadalajara had 44% possession and 13 shots on goal with 2 on target.

For their opponents, Puebla had 15 shots on goal with 3 on target. Santiago Ormeño (63') was the scorer.

Puebla boss Nicolás Larcamón has zero fitness worries whatsoever before this clash with a fully injury-free squad to choose from.

With a fully healthy squad available to choose from, CD Guadalajara manager Víctor Vucetich doesn’t have any fitness concerns to report ahead of this game.

We’re inclined to think that Puebla might need a bit of good fortune to put one past this CD Guadalajara outfit who we think should gain the upper hand.

That’s why we have predicted a very even contest with a 0-1 win for CD Guadalajara when the full-time whistle blows. 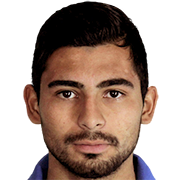 Generally used in the Striker position, Amaury Escoto was born in Zapopan, Mexico. After having played his first senior match for Querétaro FC in the 2010 - 2011 season, the dangerous Forward has scored 3 league goals in the Liga MX (Apertura) 2020 - 2021 campaign to date coming from a total of 15 appearances.

While we have made these predictions for Puebla v CD Guadalajara for this match preview with the best of intentions, no profits are guaranteed. Always gamble responsibly, and with what you can afford to lose. Best of luck with your selections.