CD Guadalajara will be hosting visiting club Tigres at Estadio Akron in the Liga MX (Clausura) game on Saturday.

Our CD Guadalajara v Tigres tips, poll and stats can be seen in full below including the latest game odds.

CD Guadalajara, who won their previous game, will hope for a similar result following a 0-1 Liga MX (Clausura) success versus Atlas.

Over their past 6 games, Víctor Vucetich's CD Guadalajara have seen rewards for their attempts on goal 6 times resulting in an average number of goals per match equal to 1.

Heading into this fixture, CD Guadalajara are unbeaten in their previous 2 home league matches.

Tigres go into this match following on from a 2-1 Liga MX (Clausura) win with the eclipse of Monterrey in their last outing.

Ricardo Ferretti's Tigres de la UANL have slotted home a total of 7 times throughout their previous 6 matches. The aggregate of goals that have been scored against them during those same clashes equals 7.

Coming into this fixture, Tigres de la UANL are undefeated in their last 3 league matches away from home.

A look at their prior head to head clashes stretching back to 18/03/2018 shows that CD Guadalajara have won 2 of these and Tigres 3, with the tally of drawn results being 1.

A sum of 13 goals were produced between them in these games, with 6 of them for Chivas and 7 coming from Los Tigres. The average number of goals per game works out to 2.17.

In that match, Tigres de la UANL had 65% possession and 14 attempts on goal with 4 on target. The scorer was André-Pierre Gignac (64').

CD Guadalajara boss Víctor Vucetich will be grateful not to have any fitness worries whatsoever coming into this match thanks to a completely healthy group ready to go.

Out of a mainly healthy group, there is only the lone fitness worry for the Tigres gaffer Ricardo Ferretti to contend with. Hugo Ayala (Knee Surgery) won’t be in action.

We are of the inclination to think that Tigres and CD Guadalajara may well find themselves both scoring in what promises to be a very even battle here.

It could well end in a draw. We’re therefore predicting a very even match with a 1-1 score draw at the end of this one. 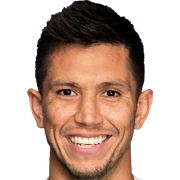 Generally playing in the Central Defensive Midfielder position, Jesús Molina was born in Hermosillo, Mexico. Having played his first senior match for Tigres de la UANL in the 2007 - 2008 season, the dangerous Midfielder has got 3 league goals in this Liga MX (Clausura) 2020 - 2021 campaign to date coming from a total of 15 appearances.

While we have made these predictions for CD Guadalajara v Tigres for this match preview with the best of intentions, no profits are guaranteed. Always gamble responsibly, and with what you can afford to lose. Good luck with your selections.