For all of our match predictions, pre-game poll and statistics for CD Guadalajara v Universidad Nacional, scroll down - plus the latest match odds.

CD Guadalajara will be looking for a repeat result of a 0-1 Liga MX (Clausura) victory versus Necaxa.

CD Guadalajara haven’t had any problems with scoring, netting every time they’ve gone out to play in their last 6 games.

They’ve claimed a sum of 9 during that period while seeing the number of goals scored against them stand at 6.

Following on from a loss in their previous game against Seattle Sounders FC in CONCACAF Champions League competition, Universidad Nacional and their travelling supporters will be hoping that they can get a better result in this one.

Andres Lillini's Universidad Nacional have slotted home a total of 7 times in the course of their previous six matches. The aggregate of goals that they have conceded during the equivalent period adds up to 8.

A look at their most recent head to head clashes dating back to 31/03/2019 shows us that CD Guadalajara have won 2 of them and Universidad Nacional 1, with the number of drawn games being 3.

An aggregate of 16 goals were shared by the two clubs in these games, with 9 from Chivas and 7 for Pumas. This gives an average number of goals per game equal to 2.67.

Universidad Nacional had 14 shots at goal with 6 on target. Rogério (58') scored.

The CD Guadalajara boss Marcelo Michel Leaño has no fitness worries to speak of before this match with a fully injury-free group available to choose from.

Thanks to a fully injury-free squad ready to go, the Universidad Nacional boss Andres Lillini has no fitness worries whatsoever ahead of this game.

When taking all factors into account, Universidad Nacional will surely be able to find the back of the net against this CD Guadalajara side, but that may not be enough to avoid a loss.

We reckon that it will be a tight encounter finishing with a 2-1 victory for CD Guadalajara at the end of the 90 minutes. Let’s just see how this one goes. 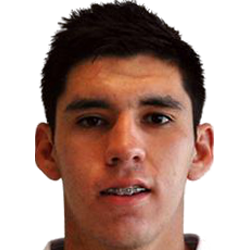 Mostly used in the Left Attacking Midfielder position, Jesús Angulo was born in Culiacán, Mexico. Having made a first senior appearance for in the 2015 - 2016 season, the skilful Midfielder has managed to score 4 league goals in the Liga MX (Clausura) 2021 - 2022 campaign so far coming from a total of 17 appearances.

While we have made these predictions for CD Guadalajara v Universidad Nacional for this match preview with the best of intentions, no profits are guaranteed. Always gamble responsibly, and with what you can afford to lose. We wish you the best of luck.