Return to this page a few days before the scheduled game when this expired prediction will be updated with our full preview and tips for the next match between these teams.
Full-Time Result Prediction
👉
FC Andorra to Win

FC Andorra take on away team CD Lugo at Estadi Nacional in this La Liga 2 fixture on Sunday.

All of our predictions, stats and the user poll for FC Andorra v CD Lugo are shown below (plus the best game odds).

FC Andorra will be hoping to return to winning ways here following the 0-1 La Liga 2 defeat in their last game at the hands of Racing de Santander.

Under three goals per game were scored during 5 of the last 6 meetings where FC Andorra have taken part. With regard to the goal distribution during that period, opposition teams scored an aggregate of 4 while FC Andorra managed the sum of 5.

In their previous game, CD Lugo drew 1-1 in the La Liga 2 match with FC Cartagena.

In that game, CD Lugo managed 34% possession and 11 shots at goal with 5 of them on target. The only player on the scoresheet for CD Lugo was Chris Ramos (25'). On the other side, FC Cartagena had 14 attempts on goal with 5 on target. Alfredo Ortuño (17') was the scorer for FC Cartagena.

In 5 of the prior six clashes involving CD Lugo, a comparatively low number of goals have been scored between them and their opponents. The overall average number of goals per game during that period is just 1.83, with the average goals for Luguiño being 0.83. Regardless, we’ll just have to find out whether that pattern will be sustained here in this game.

Looking at personnel, there is just the lone fitness concern for the FC Andorra gaffer Eder Sarabia to be concerned with thanks to an almost full-strength group. Álex Petxa (Muscle Injury) will miss out.

Out of a mainly full-strength group, there’s just a single fitness issue for the CD Lugo gaffer Hernán Pérez to be concerned with. Álex Pérez (Cruciate Ligament Rupture) won’t be playing here.

For this match, we think that FC Andorra will probably get the goals that they need when they meet CD Lugo, who may well find it hard to score themselves.

Our selection here is for a fairly comfortable 2-0 victory for FC Andorra after 90 minutes. 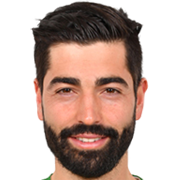 Mostly taking up the Striker position, Carlos Martínez was born in Barcelona, Spain. Having played his first senior match for Tokyo Verdy in the 2017 season, the dangerous Forward has struck 4 league goals in this LaLiga2 2022 - 2023 season so far in 13 appearances.

We have made these FC Andorra v CD Lugo predictions for this match preview with the best intentions, but no profits are guaranteed. Please always gamble responsibly, only with money that you can afford to lose. We wish you the best of luck.