The La Liga 2 game at The Estadio Anxo Carro on Sunday sees home side CD Lugo fighting it out with Levante.

For all of our match predictions, pre-game poll and statistics for CD Lugo v Levante, scroll down - plus the latest match odds.

CD Lugo will be hoping to bounce back here following a 4-0 La Liga 2 loss in their previous game against FC Andorra.

Hernán Pérez's CD Lugo have scored a sum total of 5 times in their past 6 outings. The corresponding tally of goals that have been scored against them in that time stands at 9.

Taking a look at their past results, CD Lugo:

In their last fixture, Levante drew 1-1 in the La Liga 2 tie with UD Las Palmas.

Mehdi Nafti's Levante have fired home 9 times in the course of their previous 6 matches. The total of goals that have been scored against them during the equivalent period comes to 5.

Going into this contest, Levante are unbeaten in their last 4 league matches away from home.

Regarding absentees, there’s just a single fitness concern for the CD Lugo gaffer Hernán Pérez to contend with due to a largely intact set of players. Álex Pérez (Cruciate Ligament Rupture) will miss out.

When taking everything into account, CD Lugo will have to work hard as a team to put one past this Levante side who should get the vital goal that wins it.

That’s why our selection here is for a good tussle with a 0-1 advantage for Levante at the end of this one. 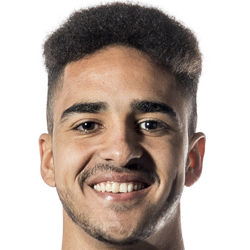 Regularly used in the Left Wing position, Chris Ramos was born in Cádiz, Spain. Having made a first senior appearance for Real Valladolid in the 2017 - 2018 season, the skilful Forward has managed to score 6 league goals in the LaLiga2 2022 - 2023 season to date coming from a total of 15 appearances.

We have made these CD Lugo v Levante predictions for this match preview with the best intentions, but no profits are guaranteed. Please always gamble responsibly, only with money that you can afford to lose. Good luck with your selections.