Return to this page a few days before the scheduled game when this expired prediction will be updated with our full preview and tips for the next match between these teams.
Full-Time Result Prediction
👉
Ibiza to Win

All Ibiza v CD Mirandés game predictions, stats and user poll are shown below including the latest game odds.

Ibiza will be hoping to bounce back here after the 5-1 La Liga 2 loss in their previous game against FC Cartagena.

It’s been seldom in recent games that Ibiza haven’t conceded. The facts show that Ibiza have seen their defence breached in 5 of their previous 6 matches, leaking 11 goals along the way. That trend won’t necessarily be carried forward into this game, though.

In the game prior to this, CD Mirandés drew 3-3 in the La Liga 2 tie with Eibar.

The numbers tell their own story, and CD Mirandés have been scored against in 6 of their last 6 matches, conceding 12 goals overall. In defence, CD Mirandés can certainly do much better.

The Ibiza boss Juan Carcedo has zero fitness concerns whatsoever ahead of this game thanks to a fully healthy group available to select from.

Thanks to a fully healthy group ready to go, the CD Mirandés boss Lolo Escobar has no fitness concerns whatsoever ahead of this match.

We’ve got the feeling that CD Mirandés may well find it hard to find the net against this Ibiza side who we think will likely be able to get on the scoresheet themselves in a winning performance.

We’re going for a very competitive encounter with a 1-0 winning margin for Ibiza at the conclusion of the game. 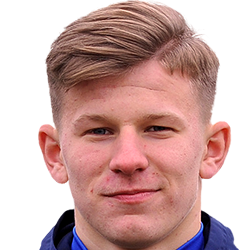 Mostly playing in the Centre Midfield position, Mateusz Bogusz was born in Ruda Śląska, Poland. Having played his first senior match for in the 2017 - 2018 season, the dangerous Midfielder has managed 3 league goals in the LaLiga2 2021 - 2022 campaign to date in a total of 7 appearances.

While we have made these predictions for Ibiza v CD Mirandés for this match preview with the best of intentions, no profits are guaranteed. Always gamble responsibly, and with what you can afford to lose. Good luck if you do place a bet today.