Their forthcoming Copa do Brasil clash sees Ceará taking to the field against their opponents Palmeiras on Wednesday.

Scroll down to see all of the predictions, poll and statistics for Ceará v Palmeiras (inc. the best betting odds).

Ceará will be hoping for a better result after a 4-2 Serie A loss in their previous game against Grêmio.

In their prior 6 games, Guto Ferreira's Ceará have scored 5 times which gives them an average number of goals scored per match equal to 0.83.

Palmeiras come into this clash after a 2-0 Serie A win in the defeat of Fluminense in their previous outing.

A sequence of steadfast displays by the Palmeiras defensive unit has seen the number of goals they’ve conceded amounting to 1 from their last 6 fixtures combined. In that period of time, the number of goals that they have scored themselves amounts to 13. However, we must now wait to see if that pattern might continue on in this upcoming match.

A glance at their prior head to head meetings stretching back to 10/06/2018 shows that Ceará have won 1 of these & Palmeiras 4, with the tally of drawn results standing at 1.

A combined sum of 16 goals were produced between them throughout the course of those matches, with 6 of them for Vovô and 10 coming from Verdão. The average number of goals per game works out to 2.67.

Ceará boss Guto Ferreira has a full complement, with no fitness concerns whatsoever ahead of this game owing to a completely injury-free squad ready to go.

We’re of the view that Palmeiras and Ceará could well both score and end up finding themselves in a fairly even game here.

A close call, and we think a draw is quite likely. We’re therefore expecting a close game with a 1-1 score draw when all is said and done. 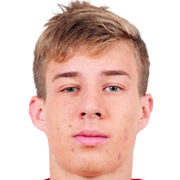 Generally taking to the field in the Centre Midfield position, Charles was born in Santiago, Brazil. After making a first senior appearance for Internacional in the 2018 season, the accomplished Midfielder has managed 2 league goals in this Série A 2020 campaign so far from a total of 18 appearances.

We have made these Ceará v Palmeiras predictions for this match preview with the best intentions, but no profits are guaranteed. Please always gamble responsibly, only with money that you can afford to lose.