Celta Vigo are the guests at Estadio Municipal de Ipurúa on Saturday for the La Liga tie with home team Eibar.

Our Eibar v Celta Vigo predictions, statistics and match poll can be seen below (inc. the best betting odds).

Eibar won’t want a repeat of their last result here following the 4-0 La Liga loss in their previous game against Villarreal.

A common theme in more recent Eibar games is the high number of scores with a nil in them.

From their previous sextet of clashes leading up to this one, in 5 of them a wager on BTTS would have been a losing one. Such a trend isn’t assured to be carried forward here, though.

Last time out, Celta Vigo drew 0-0 in the La Liga match with Espanyol.

In that game, Celta Vigo managed 51% possession and 9 attempts at goal with 3 on target. Espanyol had 8 shots on goal with 1 on target.

Celta Vigo have had no problems opening up opposition defences in the lead-up to this encounter, scoring 6 goals in their last 6 matches. This doesn’t mask the fact that Os Celestes can also improve defensively after being scored against in 5 of those same outings.

Inspecting their past head to head clashes dating back to 28/11/2017 tells us that Eibar have won 2 of them and Celta Vigo 3, with the number of drawn matches being 1.

An aggregate of 10 goals were scored between them in this period, with 3 of them from Armeros and 7 belonging to Os Celestes. That’s an average goals per game of 1.67.

The last league clash featuring these sides was LaLiga match day 21 on 26/01/2020 which finished with the scoreline of Celta Vigo 0-0 Eibar.

In that game, Celta Vigo had 65% possession and 18 shots on goal with 5 of them on target.

On the other side, Eibar got 5 shots on goal with 3 of them on target.

With a completely healthy group available for selection, Celta Vigo boss Óscar García has no fitness worries to speak of ahead of this match.

We’re thinking that Celta Vigo will manage to find the net against this Eibar outfit, but it may not be enough to avoid a loss.

We think that it’s going to be a very close game with a 2-1 victory for Eibar after 90 minutes. Definitely a tough call.

Both Teams to Score Prediction for Eibar vs Celta Vigo
Yes 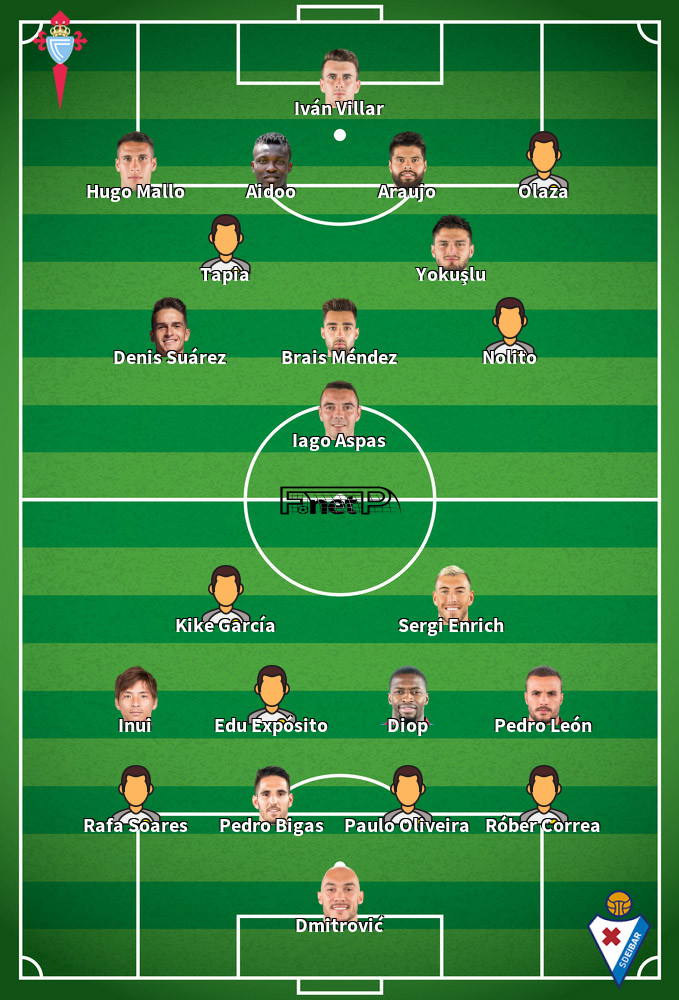 While we have made these predictions for Eibar v Celta Vigo for this match preview with the best of intentions, no profits are guaranteed. Always gamble responsibly, and with what you can afford to lose. Good luck if you do place a bet today.