All Celta Vigo v Real Betis game predictions, stats and user poll are shown below - plus the latest betting odds.

Celta Vigo will be looking to improve on their last outing here after the 5-1 La Liga defeat last time out to Mallorca.

Over their prior six games, Óscar García's Celta Vigo have netted 10 times, with that being an average number of goals per match equal to 1.67.

Going into this game, the form guide shows that Celta Vigo:

After tasting defeat last time out to Villarreal in La Liga action, Real Betis and their travelling fans will hope for a better result here.

In that game, Real Betis managed 46% possession and 10 shots at goal with 1 of them on target. Villarreal CF had 14 attempts on goal with 6 on target. Gerard Moreno (7', 30') scored for Villarreal.

The stats don’t lie, and Real Betis have been scored against in 5 of their last 6 games, seeing opposing sides hit 11 goals in total. In defence, Béticos have not been doing too well. That sort of trend might not be continued into this match, though.

Going into this encounter, Real Betis are without a win away from home in their last 9 league games. What a terrible run of away results.

Checking on their past head-to-head meetings dating back to 23/04/2017 shows us that Celta Vigo have won 1 of these and Real Betis 4, with the tally of drawn matches being 1.

A combined total of 19 goals were scored between them in these games, with 8 of them from Os Celestes and 11 belonging to Béticos. That is an average goals per game value of 3.17.

The previous league meeting between the two was LaLiga match day 11 on 30/10/2019 which finished with the scoreline of Real Betis 2-1 Celta Vigo.

Celta Vigo manager Óscar García doesn’t have any fitness concerns whatsoever ahead of this clash with a fully healthy squad to choose from.

From a largely full-strength squad, there’s only a single fitness problem for the Real Betis manager Alexis Trujillo to contend with. Joaquín (Muscle Injury) won’t be playing here. William Carvalho will not be able to play in this game through being suspended.

In our opinion, Real Betis will have a tough ask to get anything against this Celta Vigo team who we think will be able to grind out a win.

We’ve gone for a very competitive encounter with a 1-0 winning score for Celta Vigo at the conclusion of the game.

Over/Under 2.5 Goals Prediction for Celta Vigo vs Real Betis
Under 2.5 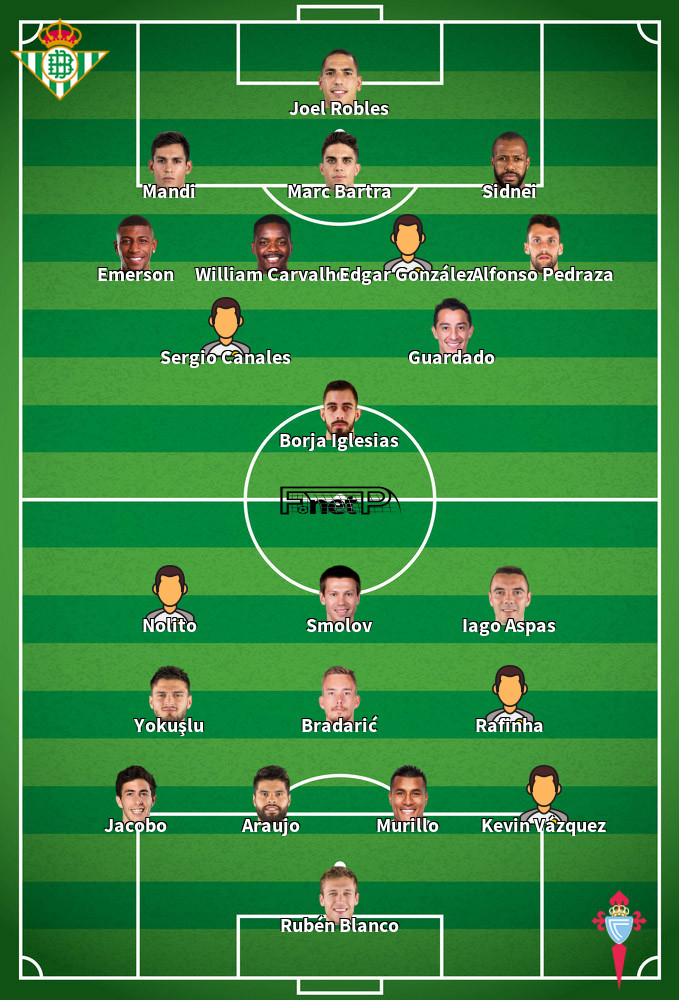 Usually used in the Centre Midfield position, Rafinha was born in São Paulo, Brazil. After making a first senior appearance for FC Barcelona B in the 2010 - 2011 season, the skilful Midfielder has netted 4 league goals in the LaLiga 2019 - 2020 campaign so far from a total of 27 appearances.

While we have made these predictions for Celta Vigo v Real Betis for this match preview with the best of intentions, no profits are guaranteed. Always gamble responsibly, and with what you can afford to lose. Good luck!