View all Real Sociedad v Celta Vigo tips, stats and our pre-match poll below (plus the best game odds).

Real Sociedad will be wanting a better result here after the 1-2 La Liga loss in their previous game against Sevilla.

It has been seldom in recent games where Real Sociedad have kept a clean sheet. The facts show that Txuri-urdin have failed to prevent opponents from scoring in 5 of their previous 6 games, leaking 12 goals along the way.

Going into this contest, Real Sociedad are without a home win in the past 3 matches in the league.

Last time out, Celta Vigo drew 0-0 in the La Liga match with Cádiz.

Proving their predisposition for high-scoring matches, goals have been celebrated 22 times in the prior 6 matches in which Celta Vigo have sent out their troops, making it a mean average of 3.67 goals per clash. Opposition teams have hit 11 of those goals. We will just have to see if that trend will be sustained into this next match.

Coming into this meeting, Celta Vigo are undefeated in their previous 3 away league matches.

An examination of their prior head to head clashes going back to 26/11/2018 tells us that Real Sociedad have won 4 of them & Celta Vigo 2, with the number of drawn results being 0.

A combined total of 16 goals were shared by the two clubs in these games, with 10 from Txuri-urdin and 6 belonging to Os Celestes. This gives an average number of goals per game equal to 2.67.

The last league fixture between these sides was La Liga match day 8 on 01/11/2020 which finished with the scoreline of Celta Vigo 1-4 Real Sociedad.

In that game, Celta Vigo had 45% possession and 9 attempts at goal with 2 of them on target. Their only player to score was Iago Aspas (77').

Nearly everyone is up for selection, with just the lone fitness concern for the Real Sociedad manager Imanol Alguacil to be concerned about from of an almost fully healthy set of players. Luca Sangalli (Knee Injury) is sidelined.

Due to a completely healthy squad to choose from, Celta Vigo manager Eduardo Coudet does not have any fitness concerns to speak of before this clash.

Our assessment is that Real Sociedad will most probably be able to create a decent number of chances and shots on target.

In contrast, Celta Vigo may well find it hard finding the net themselves - but, we do see them managing to get on the scoresheet as well here.

We therefore think that it’s going to be a pretty comfortable 3-1 win for Real Sociedad at the end of this one. 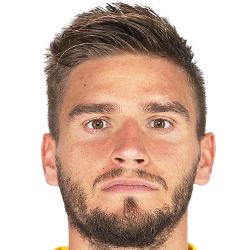 Regularly playing in the Central Attacking Midfielder position, Portu was born in Murcia, Spain. After having made a senior debut playing for Valencia in the 2013 - 2014 season, the skilful Midfielder has hit 7 league goals in this LaLiga 2020 - 2021 campaign to date in 29 appearances.

While we have made these predictions for Real Sociedad v Celta Vigo for this match preview with the best of intentions, no profits are guaranteed. Always gamble responsibly, and with what you can afford to lose. Good luck!