Mallorca come up against away side Celta Vigo at Visit Mallorca Estadi in this La Liga match on Friday.

Mallorca will be hoping for a better result after a 1-0 Copa del Rey defeat last time out to Real Sociedad.

An interesting aspect of more recent Mallorca games is seeing a zero in the scoreline.

Taking their previous 6 clashes before this one, in as many as 6 of them a bet on BTTS would have been a loser. Still, time will tell whether the trend will be replicated in this match or not.

Looking at their past form shows that Mallorca:

In the game prior to this, Celta Vigo drew 1-1 in the La Liga match with Villarreal.

In that game, Celta Vigo had 51% possession and 21 shots on goal with 8 of them on target. The only player to score for Celta Vigo was Jorgen Strand Larsen (68'). At the other end, Villarreal got 3 attempts at goal with 1 on target. Gerard Moreno (15') scored for Villarreal.

In their previous half-dozen clashes, Celta Vigo have bagged the sum of 13 goals. Celta Vigo have also scored in every single one of those games. In that time, they’ve had 6 goals scored by their opponents.

Checking on their prior head to head clashes dating back to 18/11/2012 shows us that Mallorca have won 2 of these games & Celta Vigo 1, with the number of drawn matches being 3.

A combined total of 20 goals were produced between them in these games, with 12 of them from Los Bermellones and 8 created by Os Celestes. That’s an average goals per game of 3.33.

The last league clash between the two was La Liga match day 27 on 06/03/2022 which finished with the scoreline of Celta Vigo 4-3 Mallorca.

The Mallorca manager Javier Aguirre has a full complement, with no fitness worries to speak of coming into this game with a completely injury-free squad available for selection.

With a completely healthy group to pick from, the Celta Vigo manager Carlos Carvalhal doesn’t have any fitness worries to report coming into this game.

We envisage that Celta Vigo and Mallorca could both well score here although it’s hard to see a clear-cut winner.

Let’s see what happens, but it could well be that we end up with scores level. With that in mind, we reckon that it will be a very even match with a score draw at the end of the 90 minutes. 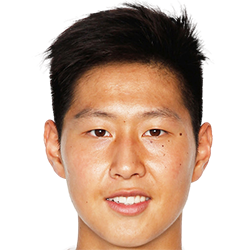 Mostly played in the Right Wing position, Kang-in Lee was born in Incheon, Korea Republic. Having made his senior debut playing for Valencia in the 2018 - 2019 season, the goalscoring Forward has managed 2 league goals in the LaLiga 2022 - 2023 season so far in 17 appearances.

While we have made these predictions for Mallorca v Celta Vigo for this match preview with the best of intentions, no profits are guaranteed. Always gamble responsibly, and with what you can afford to lose. Best of luck.